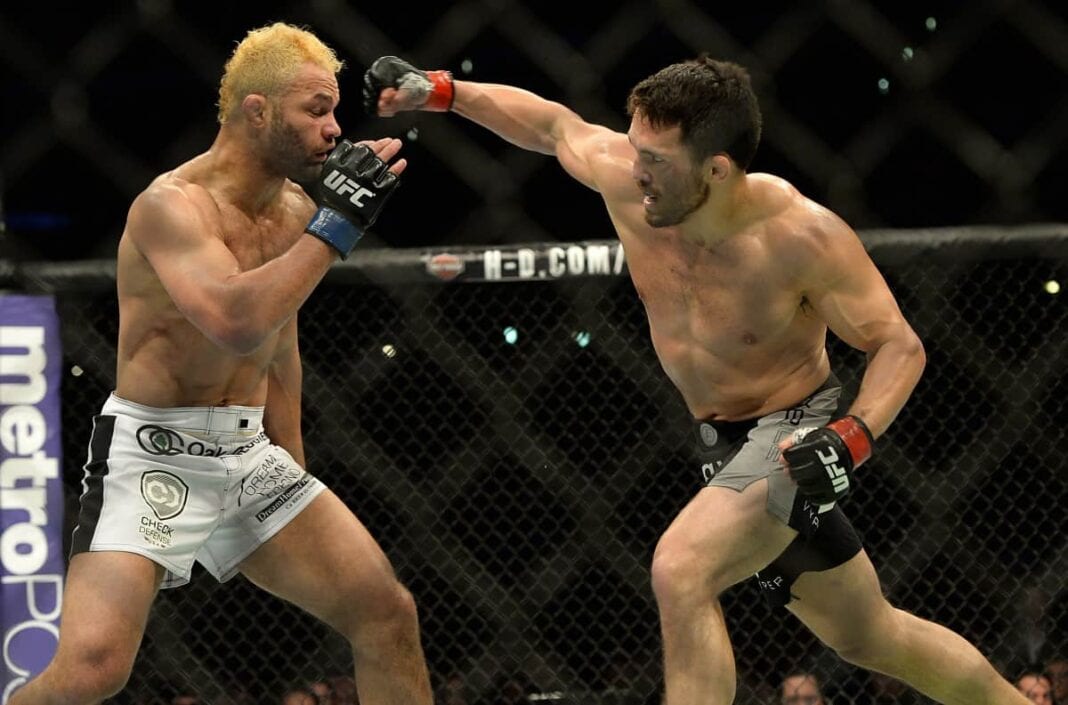 The Ultimate Fighter 21 finale has taken a shake up, as former lightweight champion Benson Henderson will no longer face Michael Johnson on the card. ‘Smooth’ and MJ were slated to headline the card but have now been replaced by welterweights Jake Ellenberger and Stephen Thomson.

‘According to sources with knowledge of the situation, Henderson was forced to withdraw from the fight, which was never officially announced by the UFC, due to undisclosed reasons. It is unclear at this time whether Johnson will remain on the card’

The promotion moved The TUF 21 finals to July 12th, to make room for the recently announced Lyoto Machida vs Yoel Romero clash. UFC 189 will be going off the day before The Ultimate Fighter 21 finale show, making it a very busy period in Las Vegas.

‘The Juggernaut’ will seek his second straight win against ‘Wonderboy’, having choked out Josh Koscheck at UFC 184. Thomson hopes to make it five in a row against Ellenberger, who could well retire if he loses this fight. The card also features Cezar Ferreira against Jorge Masvidal.

Maybe ‘Smooth’ was injured, or perhaps it’s something more sinister? Probably not, but we’ll keep you posted to any updates.