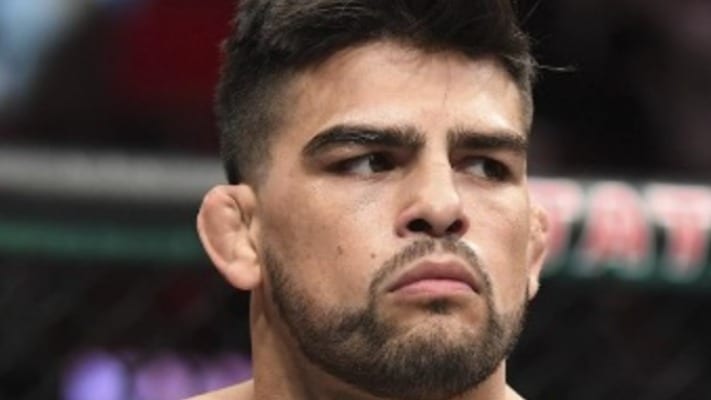 Kelvin Gastelum was understandably devastated at his most recent setback.

Coming off a two-fight losing streak, Gastelum was looking to return with a bang against Jack Hermansson in the co-main event of UFC Fight Island 2 on Saturday night.

However, it wasn’t to be as he was quickly submitted by Hermansson who locked in a heel hook to get the first-round victory.

As a result, Gastelum now finds himself on a three-fight losing streak and at risk of dropping even further down the middleweight rankings. He didn’t take long to take to social media and put out a statement.

“Truly embarrassed guys. I’m sorry. My team, my family @UFC @danawhite @Mickmaynard2 You may encounter many defeats, but you must not be defeated. In fact, it may be necessary to encounter the defeats, so u can know who u are, what u can rise from, how u can still come out of it.”

Given that Gastelum is one of the most exciting fighters in the promotion, even a three-fight losing streak shouldn’t worry him, at least when it comes to remaining with the UFC.

However, there should definitely be cause for concern, especially after his last two performances now.

What do you think of Gastelum’s situation?