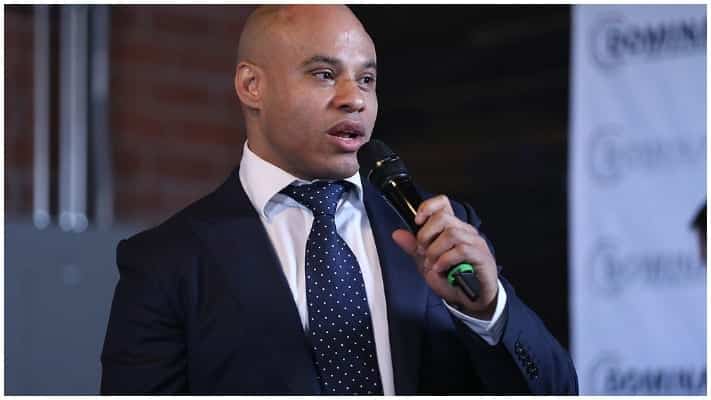 Makhachev lost his original opponent, Rafael dos Anjos last week due to an injury. It was the third time that the fight has fallen apart. Dan Hooker, fresh off his win at UFC 266, stepped in on short notice and will fight him later this month at UFC 267.

The history between Abdelaziz and Ferguson has been nasty, and it got hostile again. On Sunday,

Makhachev’s manager put out a tweet saying, “@TonyFergusonXT Duck season.” The tweet implies that Ferguson ducked Makhachev and passed on the fight, prompting Hooker to step in.

A few hours later, Ferguson replied to the manager.

“Ahh The [Rat] You Must Be Referring To Your “Early Olympic” Days Of Not Showing Up. Tell Fathead @TeamKhabib I Still Owe Him An Ass Whoopin’ Hundred points symbol Check It Out @MAKHACHEVMMA Took The Easy Route, No Words. My Orders Were To Embarrass Your Squad On Fight Island- -CSO-,” Ferguson wrote.

“UFC offered you to fight Islam October 29, and you went missing,” Abdelaziz wrote. “You talking about embarrassing my team your last two fights Justin and Beneil Play with you Smart move you didn’t fight Islam he will ruin you also go to sleep Tony God bless you, my friend.”

Abdelaziz manages both Justin Gaethje and Beneil Dariush, two of the three fighters that defeated Ferguson.

Ferguson got the last word in.

“We Were Right Here Working & Getting Ready Ninja. Your Drunk Off Ego Ali, What Was Real Reason For Your No Show At Olympics? Bet You Made The Same Call For

@TeamKhabib At UFC 209? Stick To Brainwashing Your Clients & Converting Them Ya Snitch. I’ll Out Work Your Dagi Boys Anyday,” Ferguson wrote.

Ferguson has not fought since losing a unanimous decision to Dariush at UFC 262 in May. As a result, Ferguson is on a three-fight losing streak, the first of his career.

“El Cucy’ has been teasing fight news for about a month now, but as of now, there has been no announcement.