LowKickMMA.com
Home UFC News Tom Aspinall: Tommy Fury ‘Used To Knock Me All Over The Place’... 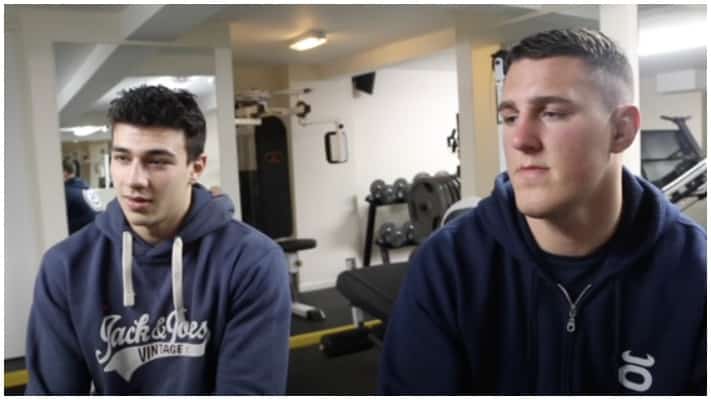 ‘The Problem Child’ stretched his perfect record to 4-0 with a split decision win over Tyron Woodley this past weekend. On the undercard of that fight, Tyson Fury’s brother made it seven wins in a row since going pro when he beat Anthony ‘Pretty Boy’ Taylor over four rounds.

Post-fight, Paul and Fury clashed backstage. A fight between the two men appears to be on the table, provided Woodley fails to deliver on his tattoo promise.

Aspinall is due to square off against Sergey Spivac at UFC Vegas 36 this Saturday. Ahead of the bout, the 28-year-old spoke with The Schmo about his previous sparring sessions with ‘TNT’.

“I think Tommy Fury will beat Jake Paul, personally,” Aspinall said. “Tommy Fury used to knock me all over the place when we used to spar. We used to have some bad sessions… Tommy Fury, he can take a few shots, definitely, so he’s gonna beat Jake Paul.” (Transcribed by Sportskeeda)

Do you agree with Tom Aspinall? Do you think Tommy Fury will beat Jake Paul if/when they fight?