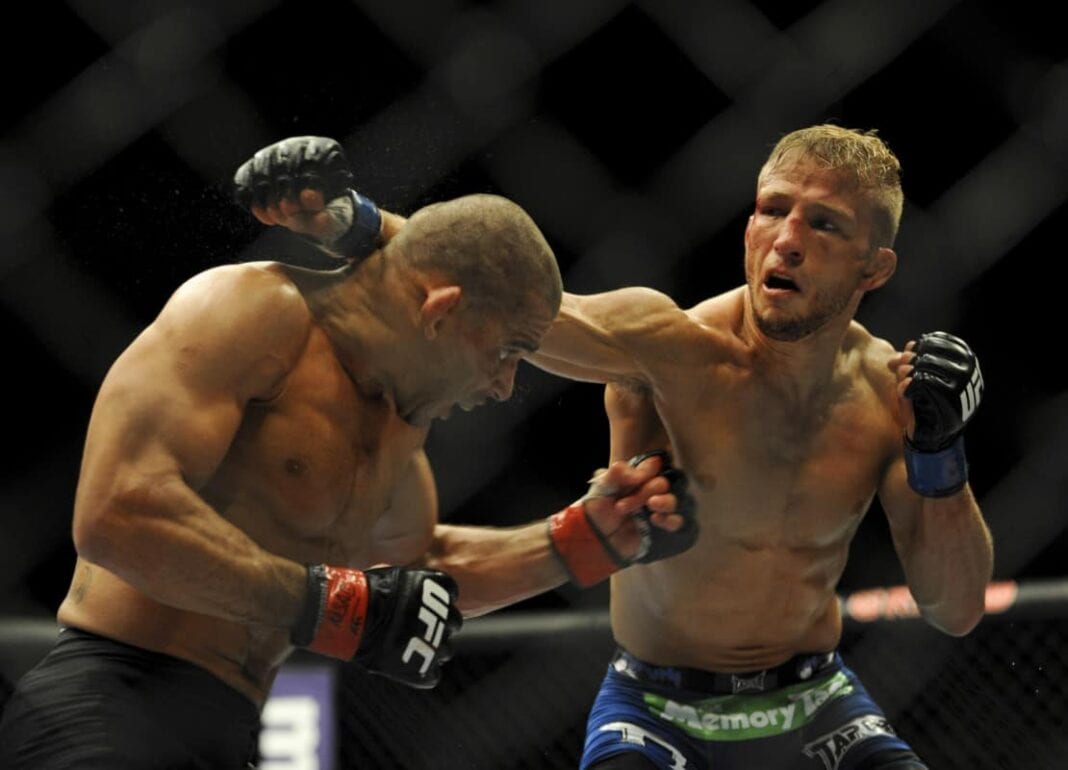 When former UFC bantamweight champion Dominick Cruz went down for an undisclosed period of time with another unfortunate knee injury, current champ T.J. Dillashaw was left without an opponent for his return from elbow surgery.

After Raphael Assuncao, the last fighter to beat him, was also unavailable with ankle injuries, the idea of Dillashaw fighting friend and Team Alpha Male teammate Urijah Faber has been endlessly speculated upon.

But after Renan Barao, whom Dillashaw beat for the belt in a shocking upset at last May’s UFC 173, submitted Mitch Gagnon in his comeback fight at UFC Fight Night 58 on December 20, the consensus was that “The Baron” would be scheduled to square off with “The Viper” for a third time.

Their second bout never came to fruition after Barao infamously passed out while cutting weight before their proposed rematch at last August’s UFC 177, where Dillashaw ultimately beat newcomer Joe Soto with a fifth round head kick.

However, it’s beginning to look like Barao will have his desired rematch with Dillashaw this spring. A report surfaced from Ariel Helwani on UFC Tonight that the Dillashaw vs. Barao trilogy match will potentially headline April 25’s UFC 186 from Bell Centre in Montreal, Quebec, Canada.

Nothing is official as of yet, but the rivalry is clearly one that the UFC wants to continue, and UFC 186 needs a title fight main event with a potential blockbuster co-main event in place in the form of the rumored Rory MacDonald vs. Hector Lombard welterweight showdown.

Helwani also stated that returning former light heavyweight champion Quinton “Rampage” Jackson was rumored to be returning to the Octagon to face No. 13-ranked slugger Fabio Maldonado in his first fight back in the UFC.

With rumors abound but nothing confirmed, UFC 186 could end up being quite the stacked event if the cards fall into place. What are your thoughts on the upcoming event from Montreal?