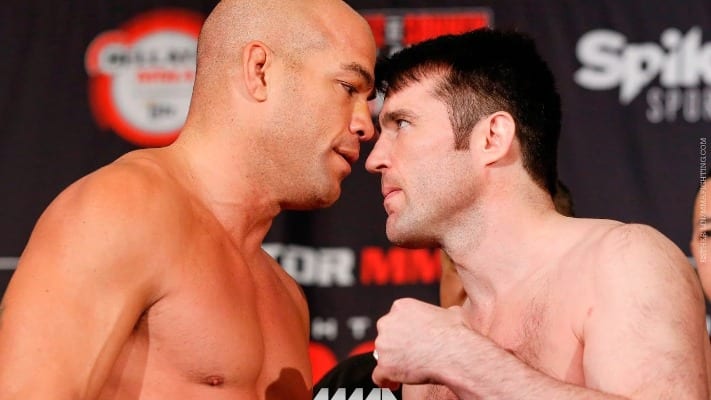 Tito Ortiz and Chael Sonnen’s bad blood remains very much intact. The longtime rivals are still taking shots at each other to this day, despite the fact that one of them is retired.

Speaking to Rich Eisen recently to promote the fight, Ortiz touched on his longtime rivalry with Sonnen. Here’s what he had to say (H/T MMA Fighting)

“Chael Sonnen. That guy he just . . . I dislike that man,” Ortiz said. “He’s just something else. Some who talks and talks and talks and has never done anything in this sport besides talk. That’s what he does for a living. He should’ve stayed to that and I guess he is staying to it [since] he’s retired now. He said some very personal things about me and I’m a very emotional man, I’m a very loyal man, and when you talk about a person’s family I take it to heart.

“It’s my blood and I kind of let him have it a little bit. If people go on YouTube and watch Tito Ortiz Uncaged, he said a couple things about me and was talking about me putting on my championship belt and I had to let him have it, full bore. It wasn’t just a little, it was full bore. I put him out for who he really was and he never said another word about me.”

Of course, it didn’t take Sonnen long to respond, as he mocked Ortiz’s upcoming fight with El Patron on Twitter.

You’ve got a “fight” coming up in, like, 3 weeks & you’re STILL talkin’ about ME???
Just admit you tapped
Get it off your conscience

What do you think about Ortiz’s comments on Sonnen and Sonnen’s response?