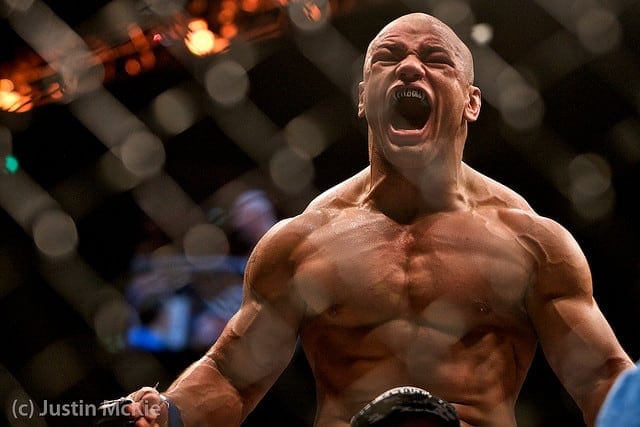 Alves entered free agency after his last fight in December. The 36-year-old fell to a submission defeat against Tim Means at UFC Washington. He ends his 15-year association with the company with 15 wins with 12 defeats.  ‘The Pitbull’ holds high profile wins over the likes of Chris Lytle, Karo Parisyan, Matt Hughes and Josh Koscheck. He lost his lone shot at the 170lb title to MMA legend George St Pierre by unanimous decision at UFC 100.

The promotions president David Feldman confirmed the news whilst speaking with MMA Fighting, he said.  “I am very excited to have Thiago on the BKFC roster. He is very experienced and always has an entertaining fight. He will make his debut in April or May. We really expect big things from him. He’s a great fighter and a great person.”

He’ll now join bare knuckle promotion which enjoyed an impressive 2019 and look to continue their rise in a new year and new decade. “I’m really excited for this new moment in my career. I think the Bare-Knuckle style matches my style pretty well. I’ll be the 165-pound champion in this organization. The Pitbull wants blood.”

The next BKFC event on Feb. 15 in Fort Lauderdale features former UFC fighter Hector Lombard in the main event as well as fellow Octagon veteran Jim Alers, who will also be competing on the main card.

Who should Thiago Alves debut against in Bare Knuckle Fighting Championship?