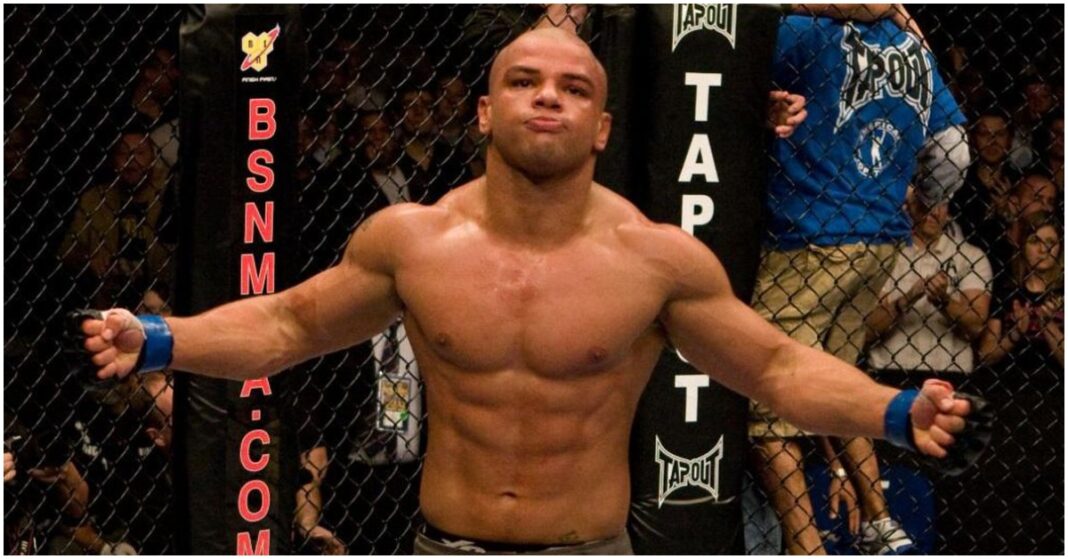 Thiago Alves is looking to move forward to his next career challenge, following the revelation that his contract with Bare Knuckle Fighting Championship (BKFC) contract has expired.

Thiago Alves frustrated by lack of activity from BKFC; wants to explore options

Alves, who became the inaugural BKFC middleweight champion in June 2021 with a brutal stoppage win over Uly Diaz, is frustrated with the prolonged lack of activity with BKFC, and is ready to move on to the next challenge in his career. Speaking to MMA Junkie regarding a possible title defense against “Platinum” Mike Perry, Thiago Alves said that:

“Unfortunately, I don’t think that’s going to happen at this point…I had surgery right after I became a champion and we were in talks within six or eight months for me to be able to compete again. Then Mike Perry came into the picture. I’m at a point of my career where I want big fights, fights that make sense, that are going to bring the most money for me and my family.” Thiago Alves went further, pointing out that despite his admiration for Perry’s recent successes, he was massively frustrated with the promotion dragging their feet over confirming the fight, as well as the extensive promotion work Alves would have to do on his end:

“And he [Mike Perry] comes in, does well, and I go out do a bunch of interviews to try and promote the fight. I knew that they had a venue set for (June 24), which is happening now. I thought that was going to be my fight against him. Unfortunately, that’s not the case and I’m Ok with it. I waited long enough. It’s been difficult because I’ve been very inactive and I don’t like that. I’m ready to walk away and explore what’s out there.” Alves told MMA Junkie exclusively that his BKFC contract had expired on May 12th, and that he was interested in returning to MMA.

Thiago Alves last competed in MMA, when he lost to Tim Means in the final fight of his UFC career. He had since gone 2-0 in his bare-knuckle boxing career. Alves made it clear that he is aware that he is coming to the end of his career, and that he wants to enjoy the rest of it. He is eager to compete for a variety of organizations, but Eagle FC and Triller appear to have caught his eye.

“I don’t have a lot of time left,” Thiago Alves said. “I’m 38 years old right now. I feel phenomenal. I eat, sleep, breathe and eat inside American Top Team. It’s the best team in the world and I coach the best guys out there. So yeah, I just want to have fun at this stage of my life and close this amazing chapter on a high note.”

Thiago Alves has enjoyed a storied career, including a great fight against Georges St Pierre at UFC 100, and also enjoys notable wins over MMA alumni such as Patrick Côté, Josh Koscheck, and Matt Hughes.