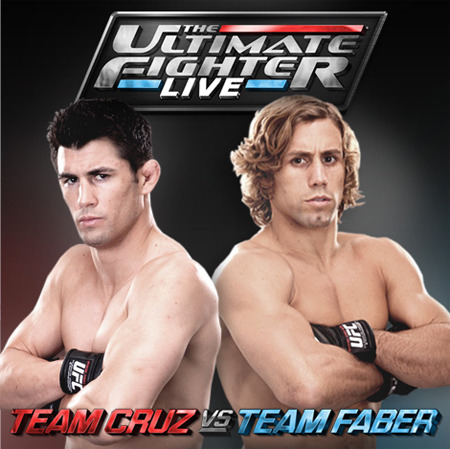 The attendance, gate and post-fight bonuses have been announced for tonight’s The Ultimate Fighter Live Finale from The Pearl at Palms Casino Resort in Las Vegas, Nevada. The event produced an exciting night of fights, and drew a reported attendance figure of 1,628 and a live gate of $195,250. Bonuses were awarded for Submission of the Night, Fight of the Night and 2 Knockouts of the Night.

Submission of the Night:
Mike Chiesa picked up the “Submission of the Night” award for literally putting Al Iaquinta to sleep, via rear-naked choke. In addition to winning the title of Ultimate Fighter, a six-figure UFC contract, trophy, sponsorship by TapouT and a custom Harley Davidson motorcycle, Chiesa pocketed this $40,000 bonus. At the press conference following the event, Chiesa was asked what he planned to do with the money. He answered: “Put it in the bank and not touch it, I can get a little crazy.”

Knockouts of the Night:
Justin Lawrence, was one of two Knockout of the Night winners for his head-kick knockout of John Cofer at 18 seconds in the third round.

Martin Kampmann was the other Knockout of the Night winner. Kampmann earned his after making a huge comeback in the second round and firing off three big knees to the face of Jake Ellenberger winning via second-round TKO.

After the fight, at the post-fight press conference, Lawrence said: “My coaches told me to quit going straight back at the end of the first. The second round, I started seeing more openings. Eric Del Fierro said, ‘high kick,’ I saw it, and I threw it.””

At the close of the fights, season bonuses were announced for the 15th season of The Ultimate Fighter.

Best fight of the season:
Al Iaquinta and Myles Jury, both earned $25,000.

Best submission of the season:
Joe Proctor earned $25,000 for his rear-naked choke victory over Chris Tickle.

Best knockout of the season:
Al Iaquinta earned $25,000 for his knockout via elbow to the face of Andy Ogle.