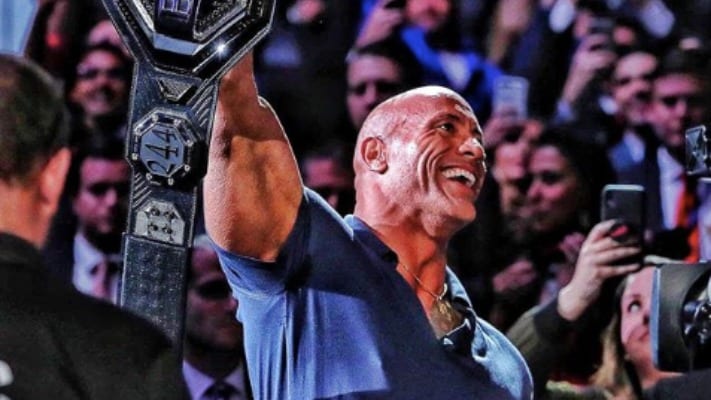 Dwayne ‘The Rock’ Johnson has sent a message of support to UFC and MMA fighters during the coronavirus triggered lockdown.

The UFC has been forced to shut down operations despite the best efforts of Dana White to press ahead with fight nights. It is unknown when MMA will return to our screens, but the UFC President is currently working on converting a private island into the host venue of future events.

In the meantime, The Rock’ felt the need to send his sympathy to MMA fighters and tell them he expects fireworks when they return to the cage during a recent Q&A on Instagram.

“To all the fighters in the UFC, MMA, and around the world – specifically the UFC because I’ve been really following them closely, Dana White and I are very good buddies – I feel for you guys not being able to fight,” Johnson stated. “But soon enough, there’s a silver lining in this.

“Maybe it’s your training, maybe it’s your mental capacity that you could expand right now as you guys aren’t allowed in the cage as you’ve been shut down, but there is some silver lining in all of this and I hope you guys find it. Because when you come back, the velocity in which you guys come back, I expect to see some dynamite fights when you come back in the cage and I can’t wait. The moment I can be there, I’m going to be there cage side.”

”The Rock’ made these comments after heavyweight contender Francis Ngannou called him an inspiration and offered the former WWE star a chance to train with him. Johnson then took the time to single out Ngannou for particular praise, he said.

“Francis Ngannou, let me tell you something, brother – you ain’t ready for me,” Johnson quipped. “I respect and love this guy so much. He is one of the top heavyweights in MMA, and in the world, and he is a dominant beast of a man. I can’t wait to see him fight again.” (Transcribed by MMA Insight)

How important is it for MMA to have stars like Dwayne ‘The Rock’ Johnson as fans of the sport?