LowKickMMA.com
Home Combat The History And Significance Of The IBJJF World Championship 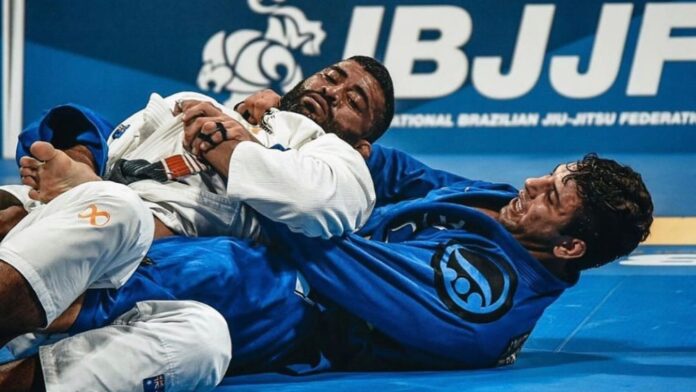 The International Brazilian Jiu-Jitsu Federation announced that the 2021 Gi World Championship will be held from the 9th to the 12th of December at the Anaheim Convention Center in Anaheim, California. The World Championship (also known as the Worlds or Mundials) is considered the pinnacle of Gi Jiu-Jitsu. It is the platform where top athletes from all across the globe gather to test their skills.

What Is The IBJJF?

The International Brazilian Jiu-Jitsu Federation or IBJJF is a company that organizes Gi and No-Gi BJJ tournaments worldwide. It is considered the premier organization with a long history of hosting events. The IBJJF hosts tournaments of various sizes and scales. Some of the most popular ones include the Pan-American Championship, European Championship, Brazilian Nationals, and World Gi & No-Gi Championships. These events are highly respected by grapplers of all skill and experience. The Gi World Championship is on another level of prominence and is considered the top competition hosted by the IBJJF.

Why Is The IBJJF World Championship Important?

The IBJJF World Championship is an annual tournament where competitors vie for the top spot. This tournament is separated into many weight classes and has divisions for male and female athletes. The men’s division started in 1996. It has a total of 10 divisions. The lightest division is –57 kg, while the heaviest is the absolute (open class) division. The women’s division, on the other hand, started in 1998. It has a total of 8 weight classes from –48 kg up to +80 kg. Aside from the individual competitors, the World Championship is also the event where teams compete for the top place in the rankings.

There are many important events that the IBJJF holds every year, but the world championship is the one that surpasses them all. It is the culmination of competitive BJJ in any calendar year. This means that many athletes schedule their training around this tournament in the hopes that they get to enter the competition in the best physical and mental condition possible. It is critical that these athletes stay healthy leading up to the event, as nagging injuries may hamper performance and decide how they do on the mats. Many high-level grapplers have reached superstardom but have failed to capture the elusive gold medal. The IBJJF World Championship really is the toughest Gi tournament in the world.

Nowadays, many BJJ competitors find success and notoriety competing in superfights, MMA and mixed rules grappling like Combat Jiu-Jitsu. Some even disregard the Gi entirely and focus their BJJ development on No-Gi grappling. While there is absolutely nothing wrong with these, becoming the world champion in the Gi is still highly regarded by most grapplers worldwide. It is safe to say that anyone who has won the Worlds is secured in the annals of BJJ history.

A Glimpse Of The Current Meta

The fascinating thing about the IBJJF World Championship is that it is a window to the current meta of Brazilian Jiu-Jitsu. Since it is the event where the best of the best compete for gold, it is the primary catalyst for the evolution of the sport technique-wise. Our sport’s best minds and athletes battle it out to see which style reigns supreme. Therefore, it is highly recommended to watch the Worlds if you’d like to learn more about what works best in BJJ’s current form.

The techniques you usually see in gyms worldwide have been battle-tested in the Worlds before they became famous. Techniques such as Marcelo’s Single leg X-guard, Bernardo Faria’s over-under pass, Rafa Mendes‘ berimbolo, Keenan’s lapel guards, and many more were used against top athletes for many years. Many since then have adapted these techniques and integrated them as part of their own; this is how the sport continues to evolve and grow.

The Future Is Bright

The athletes of the current generation are impressive, to say the least. The sport has evolved so much that it is very difficult to stay competitive if you are not a full-time athlete. If you’d like to keep up with the world’s best, it is best to start at a young age and continue your training as consistently as possible. While there is no standard protocol for the number of training sessions a competitor should do, many athletes swear that training every day (sometimes twice or thrice a day) is essential to stay sharp.

Many legends of the past have also taken the path of coaching. Some of the prominent coaches of today, such as Murilo Santana (Unity), Marcelo Garcia (MGA), Mendes brothers (AOJ), and many more, were champions during their competition days. Many of these champions show talent in coaching as many high-level competitors train in their gyms.

The IBJJF World Championship is an event that should be watched by anyone remotely interested in BJJ. It is an event where stars are born, and legends are made. The rich history of this long-running tournament is still going strong, and with the momentum that BJJ has gotten over the past years, the World Championship will continue to be the premier event for many years to come. The IBJJF is not the only organization that can host events, meaning that other organizations have held their version of the world championships. However, it is evident that the IBJJF World Championship is held in the highest regard.

The long list of IBJJF world champions serves as a history tour and inspiration for those striving to be champions themselves. From December 9th to the 12th, we are about to witness history as the World Championship returns to reveal the best in the world.