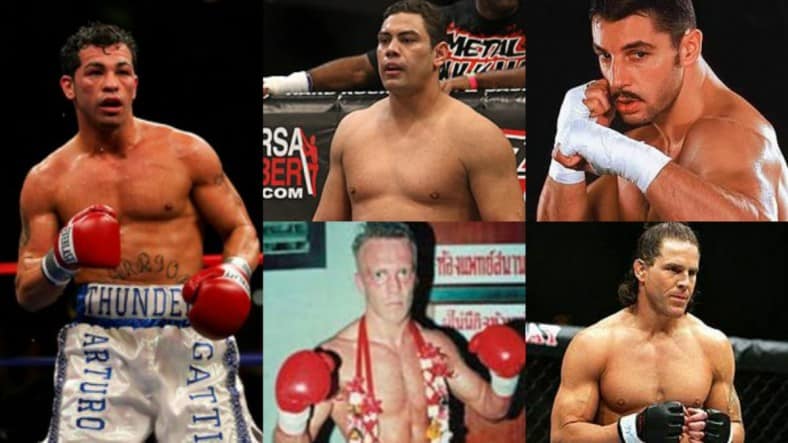 Join us as we pay tribute to the tragic stars of combat sports who were taken from this world way too early…..

Once in a while in combat sports we are gifted with talents that were simply made for this world. Fighters are born, not made, and too often we see these natural talents taken from this plane of existence long before their time is due. The gap between fans and combatant shrinks when tragedy strikes and the combat sports community is all too used to this sad reality.

There are many bright stars that have been snatched from this world far too early, some during their prime and others that had given all they could during their pugilistic careers only to pass away long before their golden years kick in. The saying ‘The good die young’ rings true in all of the cases in this article.

Of course there are countless examples of fighters over the past 20 years alone that could fit this profile, but we’ve compiled just a few, in an attempt to pay tribute to the athletes that sacrificed so much during their careers in the name of entertainment and competition, and died so tragically young.

Check out the accomplishments and video tributes to the some of the greatest fighters who passed on too early…. 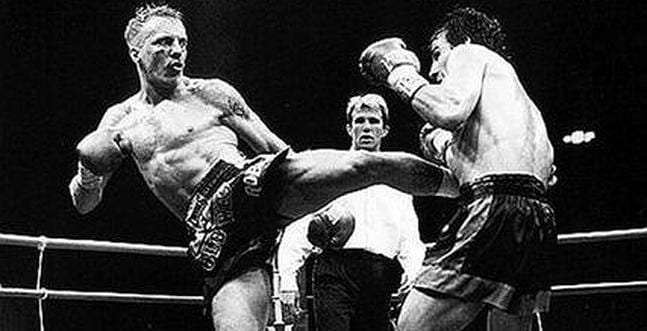 Ramon ‘The Diamond’ Dekkers was a Dutch kickboxing and Muay Thai legend. He won eight world titles in Thai boxing, and became renowned for his ultra aggressive style in the ring.

Dekkers had 223 pro fights, winning 186, 95 of which were by knockout. His raw physical power was a thing of beauty to watch. For 20 years ‘The Diamond’ terrorized the world of kickboxing with his never-back-down brand of violence, but he was snatched from us in 2013 after having a heart attack in his home town of Breda, North Brabant. He was just 43 years old.

Below are a list of Dekkers’ accomplishments and awards, followed by his harrowing highlight reel: 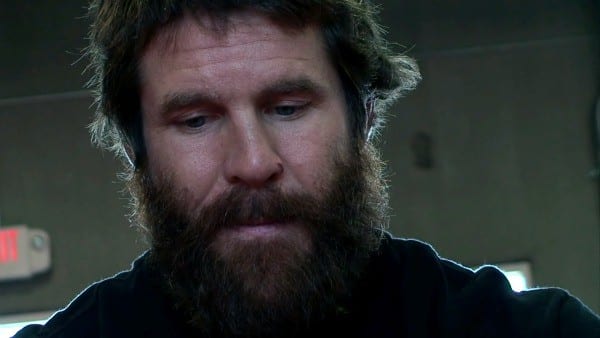 Former UFC middleweight champion Evan Tanner fought for Shoot Wrestling Federation, Pancrase and the UFC among others, and the Amarillo, Texas born fighter had a rapidly growing fan base by the mid 2000’s.

Notable victories included Robbie Lawler, Phil Baroni Travis Fulton and many others. Tanner’s record stood at 32-8 in 2008, when he sadly lost his life while out comping in the Californian desert, succumbing to heat exhaustion in September of that year. He was 37 years old. Check out Tanner’s accomplishments below, and his tribute video from Youtube. 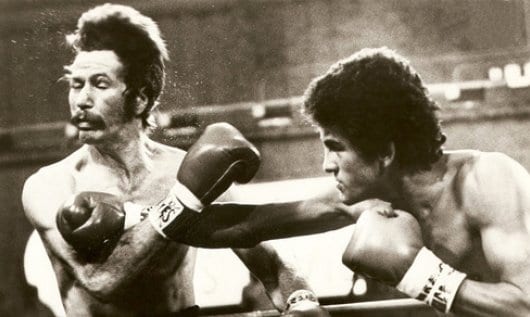 Mexican hall of famer and former WBC featherweight champion Salvador Sanchez was on track to becoming the greatest fighter of all time in that weight class. Not only was Sanchez a dominant fighter, but also one of the most exciting to watch.

Wins over Felix Trinidad sr., Juan Laporte, Azumah Nelson, Danny Lopez, Ruben Castillo and many others sealed Sanchez’s reputation as an all time great, but tragedy struck the 23 year old ‘Chava’ while in training for a rematch with Laporte.

Sanchez was driving his Porsche 928 on the morning of August 12, 1982, when he lost control and crashed, dying instantly. In just a seven year long boxing career, Sanchez had amassed a 41-1-1 record, with 32 knockouts. He was inducted in to the International Boxing Hall of Fame in 1991.

Exciting UFC and Strikeforce veteran, also two time heavyweight Muay Thai world champion, was a bright young star just starting to emerge in the world of MMA in 2013. Although he’d experienced his first two pro losses that year, the future was still very bright for the Californian born ‘No Limits.’

Having never been to a judge’s scorecard in his MMA or Muay Thai career, many had high hopes in del Rosario. Sadly though, it all came crashing down for the 30 year old heavyweight in December of 2013.

After suffering a massive heart attack at his home in Newport Beach in late November, del Rosario was rushed to hospital where they successfully brought him back to a stable heart rhythm. Tragically his condition declined, and he died on December 9 2013. His MMA record was 12-2, and del Rosario was only 30 at the time of passing. His death rocked the MMA community. 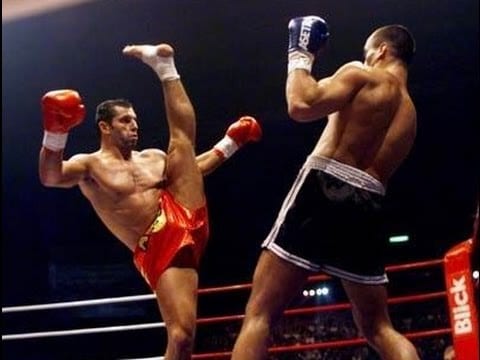 His career defining moment was undoubtedly Hug’s 1996 K-1 world championship title, when he defeated Duane Van Der Merwe, Ernesto Hoost and Mike Bernardo on the same night. The classic highlight of Hug’s spinning heel kick to Bernardo’s shin that finished the fight will go down as one of the best ever.

Hug’s death was a very tragic story indeed. After learning he had a malignant tumour in 2000, Hug was admitted to hospital. Showing signs of lukemia and pneumonia, the legendary K-1 fighter would later fall in to a coma from which he’d never wake up from. He died aged 35. Hug’s K-1 record was 37-9, and his accomplishments follow: 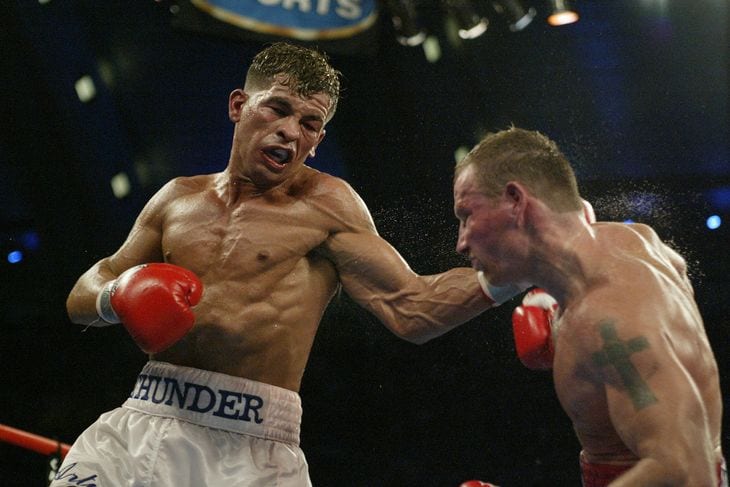 ‘The Human Highight Reel,’ Blood & Guts,’ ‘Thunder’ All nicknames for one of the most popular and talented boxers of the 90’s and 00’s, Arturo Gatti. Perhaps most well known for his trio of incredible fights with Micky Ward, Gatti won the ‘Ring Magazine fight of the year’ award four times during his storied career.

‘Thunder’ had a style that was extremely fan pleasing, he never shyed away from the fight, and possessed brutal power in both hands. The Italian-Canadian hero compiled a record of 40-9 with 31 knockouts during his 16-year stint as a fighter, winning the IBA welterweight, WBC light welterweight and IBF super featherweight titles.

Gatti’s murder in 2009 remains unsolved, after the boxer was found dead in his hotel room by apparently hanging himself. This was dispelled by the coroner’s report, which indicated ‘Thunder’ had been spiked by a muscle relaxing drug of some sort, the case was re-opened in 2013. 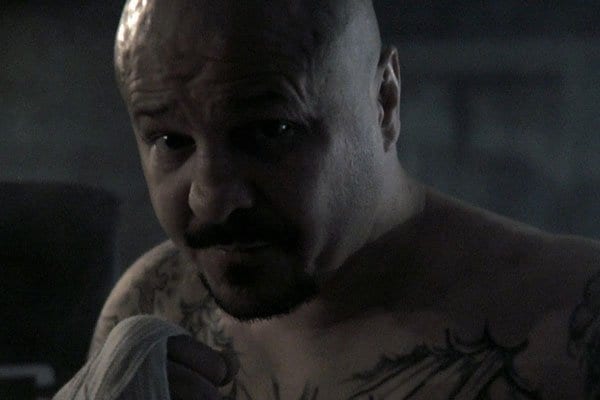 It’s fitting that we close out this piece with five-time world super flyweight, bantamweight and featherweight champion Johnny Tapia. ‘Mi Vida Loca’ was a fighter in every sense of the word, born in to tragedy in Albuquerque, New Mexico in 1967. His father was murdered before his birth, and Tapia’s mother was brutally killed when he was just eight years old, and at age nine he turned to boxing.

As an amateur Tapia won two golden gloves titles, turning pro in 1988, and winning his first title with a TKO against Roland Gomez in 1990. After that Tapia’s gutsy style saw him take major titles against Henry Martinez, Danny Martinez, Nana Konadu, Jorge Julio and Manuel Medina.

Tapia’s boxing career went on until 2011, when he was 44 years old, and he went out on a high note with four straight victories. His death occured in 2012, when he was found in his home in New Mexico having suffered from heart failure. Johnny Tapia was 44 years old and had a pro record of 59-5-2 with 30 knockouts.

Ed note: Rest in peace to these and all other fighters and combat sports personalities that have passed away over the years. We salute you for your bravery and sacrifice.