LowKickMMA.com
Home Editorials The Fate of the Light Heavyweight Division 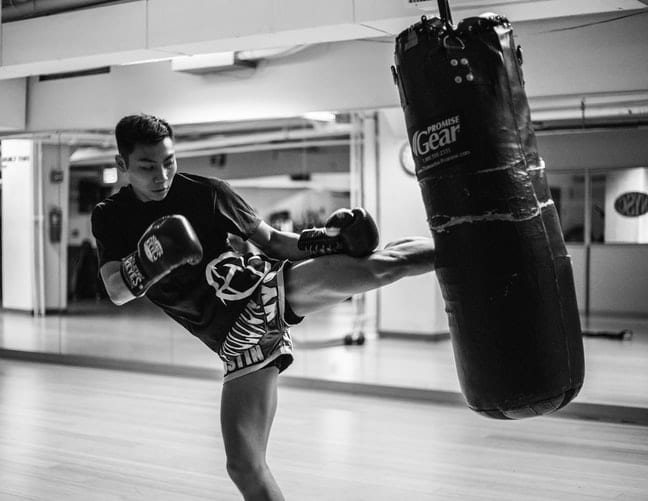 The Light Heavyweight Division has been the Jon Jones division since he won the belt in 2011. For the longest time, it looked as though it was impossible to beat Jones. His current record is 26-1 and the single loss came from a disqualification. The division is at the whim of the champion, and competitors fight on his time. Unfortunately this seems to be the story with many of the UFC divisions currently.

When you review Jones’ record, you can see that he has beaten almost all of the top contenders in the Light Heavyweight division. The question for a long time now is, where does Jon go from here? He seems reluctant to move to Heavyweight, so it will be a matter of Jon continuing to clear out his current division.

If that’s the case, then we have to consider who is left to face Jones? There are still a few fighters that could give Jones some trouble, but as far as top contenders, well Jones has beaten them all. Dominick Reyes is currently the #1 contender, and the most obvious fight would be a rematch with him. The Reyes fight was very competitive, and many think that he actually should have won the split decision. Regardless, Alongside Reyes, Jones has also beaten Thiago Santos, and Anthony Smith, so that’s all of the top 3 competitors.

If a rematch with Santos or Reyes is not in the cards, the next obvious fight would be with the Polish bomber, Jan Blachowicz. The two have been going at it on social media lately, and the matchup could be interesting. After that, the Light Heavyweight picture starts to look bleak. Next in the rankings would be Corey Anderson, who lost his last fight vs Blachowicz and overall, doesn’t seem like he has the tools needed to beat Jones.

The rest of the division are a lot of guys who have been around for awhile, and don’t seem like they have a lot to offer the undefeated champion. This division desperately needs to get shaken up, and most fans are hoping some of the up and comers can make a run for the title. On that note, while he is still rough in many ways, Johnny Walker seems like he has been on a rocket to the top lately. After racking up the knockouts, he has been quickly gaining attention both inside and outside of the UFC.

Recently he has been in talks with liquor brand Johnnie Walker for a possible sponsorship, as well as becoming a PokerStars ambassador from the world of UFC. It seems like he has that star potential, with serious skills to back it up. The question from here is, can he overcome his recent back to back losses to get on the right track to the top again? Though he shows a lot of potential, he needs to round out his game if he ever wants to face Jones. It also seems like his mind may not be in the right place as he is already talking about a future move up to Heavyweight.

The Jon Jones era may be Coming to a Close

In the end, it might prove to be the case that the only man that can beat Jones is himself. His past issues with the law and various substances are no secret to any UFC fan and with his most recent arrest, he seems to have proven that he is the same old Jones. Many fans are wondering if Jones will be stripped of his title, but there probably is no weight behind that considering what Dana White lets these fighters slip by with these days.

What many analysts seem to be neglecting to mention is, in his last two fights vs Reyes and Santos, Jones did not seem like his old self. He did not have the same aggression, or movement and both of his opponents seemed capable of finishing him at times. It’s possible that Jones could be slowing down, or the skill gap between him and his opponents could be diminishing. Whether this is the result of a post-USADA Jones, or anything else is not easy to determine, but it’s possible that Jones best days are behind him, and it’s just a matter of time before someone gives him his first true loss.