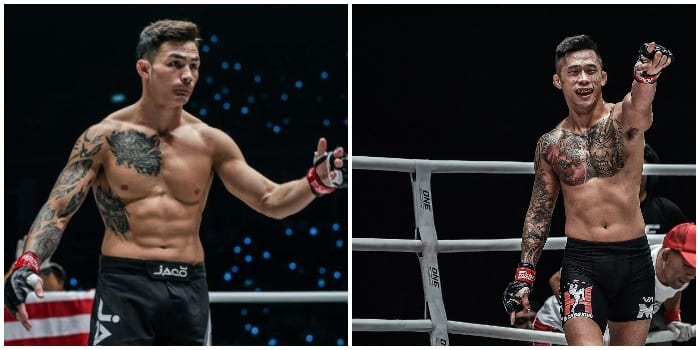 Thanh Le’s quest for his featherweight title bout with Martin Nguyen to occur in Vietnam received a boost yesterday after ONE posted a call-out video from Le on its Twitter account.

“Martin Nguyen, let’s do it. Mixed Martial Arts just got legalized in Vietnam.Me and you in Vietnam, changing of the guard. I’ve got a death touch in my left and right hand. I only got to touch him once If he can go five-rounds without getting touched once he deserves to keep the belt, but I’m going to take it from him,” Le said in his message to the ONE featherweight champion.

Le and Nguyen share Vietnamese heritage — Le is Vietnamese-American, while Nguyen is Vietnamese- Australian — and both men have spoken about their desire for their as yet unscheduled bout to take place in the Southeast Asian nation.

ONE made its Vietnamese debut last September with ONE: Immortal Triumph going down inside Phu Tho Indoor Stadium in Ho Chi Minh City. The 12-bout card contained only stand-up fans due to the illegality of MMA in Vietnam at the time.

However, the doors are now open for a potential Nguyen- Le clash in Vietnam following the sport’s legalization in February. To make the pot sweeter sporting events in Vietnam can be held with fans in attendance.
The country has been successful in its attempts to control Covid-19, and this past weekend saw the resumption of the Vietnamese national football league.

The fact that ONE Championship posted the call-out may indicate that the matchmakers are hoping to stage the bout in Vietnam. ONE is still waiting to get the all-clear to begin staging events and will likely start with behind-closed-door shows in Singapore.The major obstacle to ONE staging in an event in Vietnam will be the country’s border restrictions, and it will be a case of wait and see as to whether ONE would be able to get its fighters into the country at a later date.

It may be a tricky position to pull off, but if ONE could manage to hold an event with Le and Nguyen headlining in Vietnam, it would certainly create headlines and generate plenty of interest.

Would you be keen for this bout to take place in Vietnam?