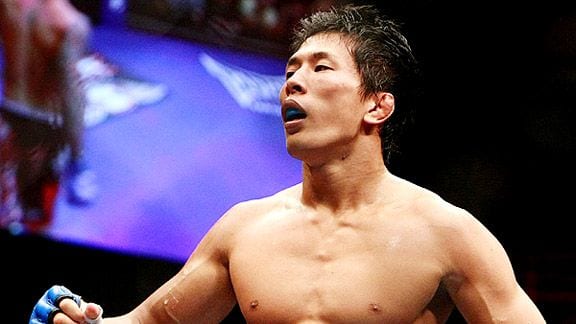 Early in the second round, Mizugaki had Roop backing up after connecting with a combination. Roop began finding a home for his leg kicks, but he didn’t mix it up and instead went back to the clinch. They separated and Mizugaki looked to make Roop pay for a leg kick with a right hand that was blocked.

Round three was underway and Mizugaki landed a punch to the body. Roop continued to clinch Mizugaki without doing any damage. They broke free shortly, but were right back in the clinch when Mizugaki went for a flying knee. Mizugaki popped Roop with a left jab and the two continued to work in the clinch.

By the end of the fight, all three judges saw Mizugaki as the winner.