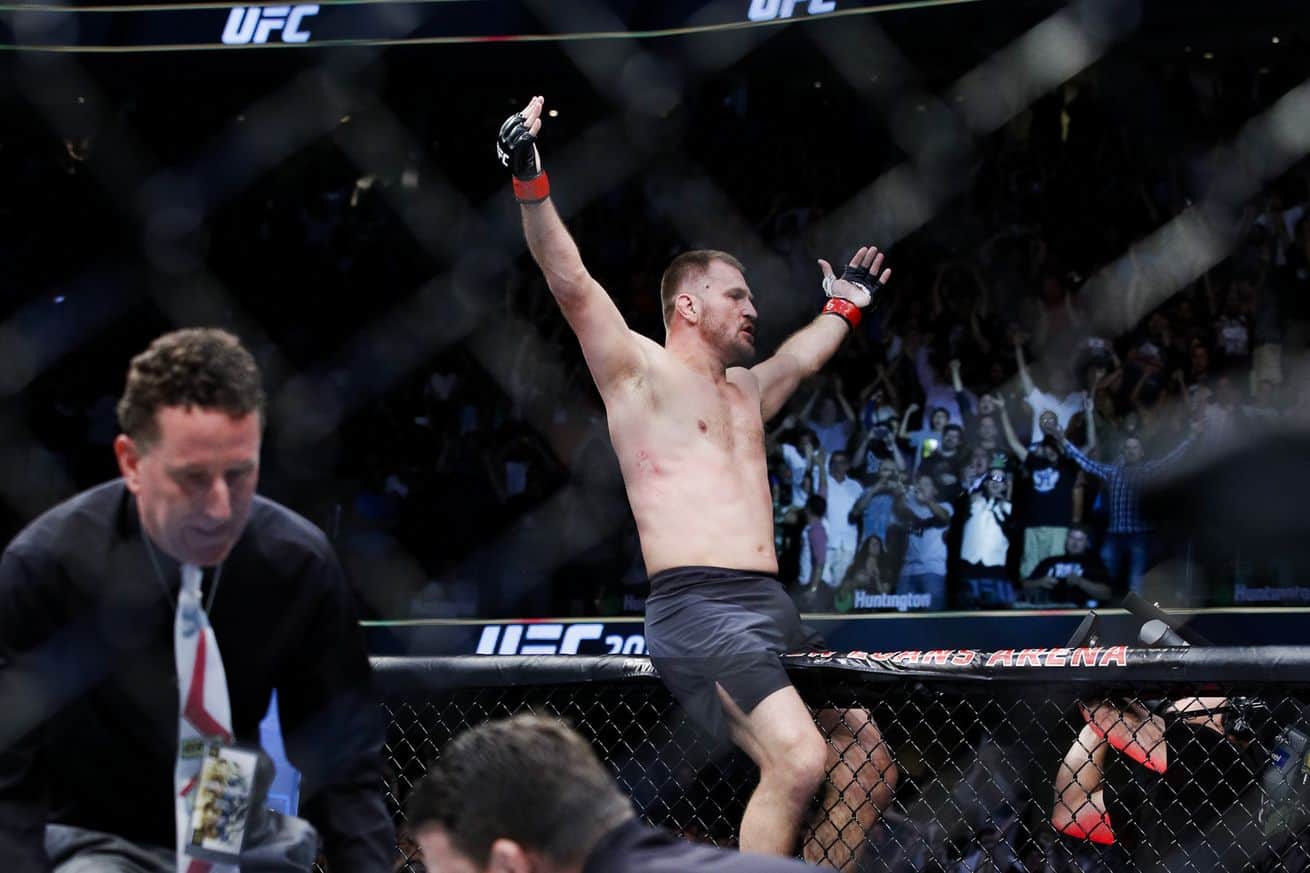 UFC 226, which is set to take place on July 7 from the T-Mobile Arena in Las Vegas, Nevada, has shaped up to become one of the most anticipated fight cards in recent memory.

And that’s not only because the card will be headlined by two title fights, but because the main event will feature a champion vs. champion bout, as heavyweight kingpin Stipe Miocic is scheduled to defend his title against reigning 205-pound titleholder Daniel ‘DC’ Cormier.

With a victory, Cormier would become only the second fighter in promotional history – Conor McGregor is the other – to simultaneously hold two titles in two different weight classes.

Miocic, however, vows that ‘nothing is changing’ regarding his title reign come UFC 226:

“He won’t make history off my back. I am going to keep it rolling, dude,” Miocic said on Ariel Helwani’s MMA Show. “He ain’t breaking up my record, as long as I’m champ, no one else will be champ. All you are going to hear is ‘and still,’ and I am going to walk out of the Octagon with my belt around my waist and nothing is changing.”

Earlier this year, Miocic made history of his own, as he became the first UFC heavyweight champion to successfully defend his title three-straight times, doing so with a one-sided decision victory over Francis Ngannou in the main event of UFC 220. Prior to that, he had scored five consecutive victories with all five them ending in a stoppage.

Who do you see walking out of the T-Mobile Arena on July 7 with the heavyweight title?