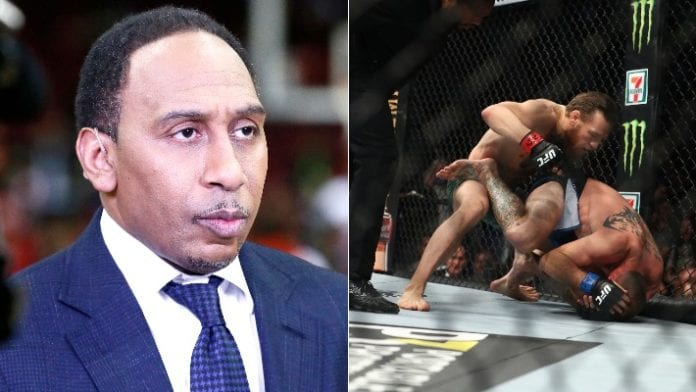 ESPN analyst Stephen A. Smith has taken to social media to react to Donald ‘Cowboy’ Cerrone’s admission he didn’t want to fight at UFC 246.

Smith was a part of the broadcast team for UFC 246 and made some pretty harsh comments about Cerrone after his loss to Conor McGregor.

Smith received mass backlash from the MMA community, with Joe Rogan and Conor McGregor leading the charge against him. Three months on and it seems the veteran sports broadcaster called it right on the money as Cerrone admitted yesterday he didn’t want to fight at UFC 246.

Smith has now taken to Twitter to address his MMA community and react to Cerrone’s comments, he wrote.

“so all you MMA folks — who I profoundly respect — am I off my rocker now??? When you’ve covered sports intimately as a reporter for a quarter-century, you see things sometimes. I respect the hell out of @Cowboycerrone, but he just wasn’t there that night.”

Does the MMA community owe Stephen A Smith an apology?