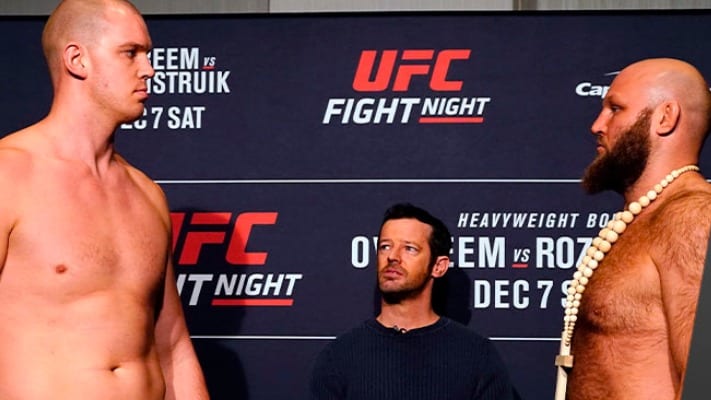 Next up at UFC DC is a heavyweight bout between Stefan Struve, who is coming out of retirement, to take on Ben Rothwell.

The referee takes a point and after a few minutes the fight resumes. Rothwell blitzes with a ton of shots but Struve circles out after a clinch. Rothwell with some nice shots on Struve now against the cage and he drops. Rothwell pours it on and gets the finish.