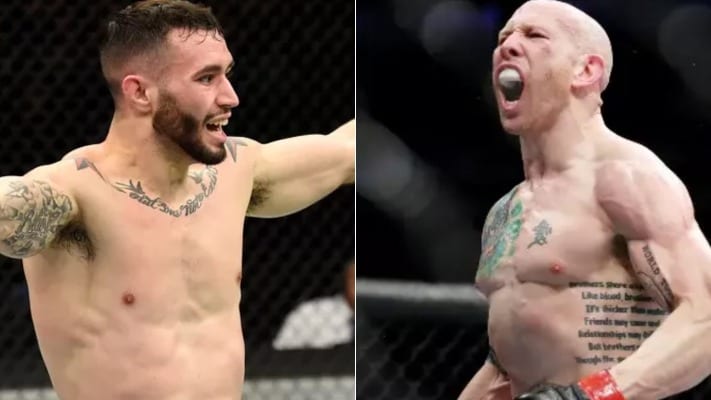 A potential barn burner of a featherweight fight is being planned next month between Shane Burgos and Josh Emmett.

That’s according to MMA Junkie citing multiple people close to the situation after an initial report from ESPN’s Ariel Helwani. The fight is currently in the works for the UFC’s upcoming June 20 event which has no venue or location at the time of writing.

Burgos is currently on a three-fight winning streak following his knockout defeat to top contender Calvin Kattar — his only professional setback. In that run, he has defeated the likes of Kurt Holobaugh, Cub Swanson and most recently, Makwan Amirkhani.

“Hurricane” has since signed a new four-fight deal with the UFC as he looks to continue climbing up the ranks where is currently ranked No. 10.

Emmett is also enjoying a good run with two straight knockout wins over Michael Johnson and Mirsad Bektic following his knockout defeat to Jeremy Stephens in early 2018. In total, he has won four of his last five.

As it stands, the Team Alpha Male fighter is currently ranked No. 8 in the featherweight rankings.

Here is how the June 20 event looks at the time of writing: