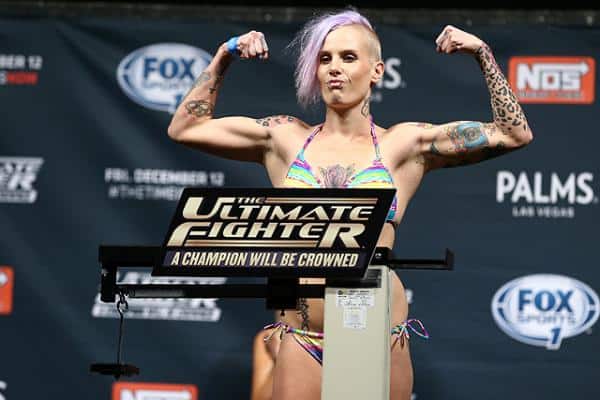 Ham countered Rawlings early in the fight. She connected with a left hand to the jaw. Rawlings landed her own left hand. A straight left hand found the target for the South Korean bruiser. “Rowdy” landed a clean right hand. Ham kept giving her opponent problems with the left hand. The two exchanged punches with Rawlings landing the more powerful strikes. Ham ran into a left hook. A head kick from “Rowdy” was blocked to end the round.

Rawlings was active at the start of round two. Ham found the mark with a push kick. Rawlings slowed down a bit to find her rhythm. A body kick from Ham found the target. “Rowdy” caught the leg of her opponent and completed a takedown. Rawlings thwarted a triangle attempt and took the back of Ham. She transitioned to an arm bar attempt, but Ham escaped. Ham connected with combinations. She ducked a spinning back fist and grabbed a hold of her opponent. A body kick from Ham landed as round two came to a close.

Ham landed a combination and a push kick at the start of the final round. Rawlings went for a takedown and wound up in Ham’s triangle. “Rowdy” landed some knees to the side of Ham while still in the triangle. She escaped the position. Ham landed a knee to the body while her back was against the fence. Rawlings maintained Octagon control, pressing Ham against the cage. Ham landed another knee to the body and the two fighters battle for control. The two broke free as the final horn sounded.

The score totals were read and “Rowdy” was declared the winner. Two of the three judges gave Rawlings a very questionable 30-27 score.