LowKickMMA.com
Home UFC News Sean Strickland Would Be ‘Super Happy’ If He Killed Someone In The... 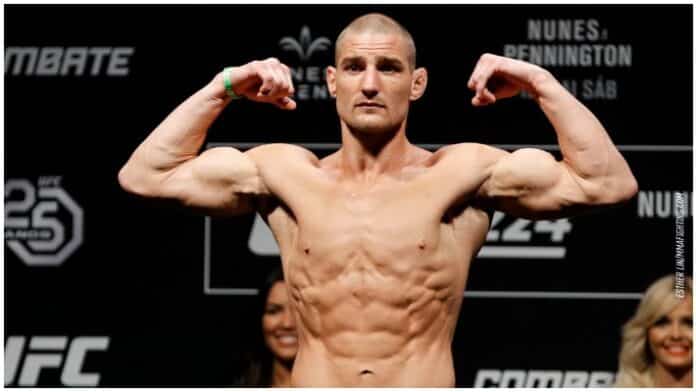 It wouldn’t be right if we didn’t have some controversial comments from a UFC fighter — especially Sean Strickland.

Strickland is coming off an impressive unanimous decision win over Uriah Hall in their UFC Vegas 33 headliner last night. As a result, Strickland made it five wins in a row and will undoubtedly be targeting a top-ranked opponent next.

However, his post-fight comments seem to have made more headlines.

After stating that he was addicted to pornography and that he’d probably be cooking meth in a trailer if he wasn’t a UFC fighter, Strickland stated what would make him happy in a fight.

“If you like to f*cking hurt people, you’re in the right sport,” Strickland said (via MMA Fighting). “I would love nothing more than to kill somebody in the ring. Nothing more. It would make me super happy.

Strickland also added the not-so-surprising comment that he would probably be one of the last fighters the UFC wanted to represent them as a champion.

“I’m probably the last person they want as the champion,” Strickland added. “‘So Sean what do you think about the UFC?’ I mean it’s cool, they pay me well, it’s cool. I’m the last one they probably want to be the champion.”

Strickland isn’t the first nor the last person to talk about wanting to kill someone inside the ring. Former WBC heavyweight champion Deontay Wilder did the same as well.

But that doesn’t make it any less stupid or bizarre to say.