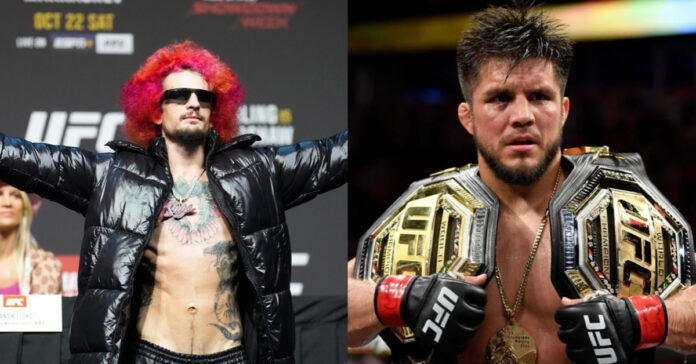 Sean O’Malley wasted no time with his quick response to Henry Cejudo‘s callout on ‘The MMA Hour’.

Cejudo called out O’Malley earlier today, claiming that Sterling wasn’t ready for a title fight just yet. His offer was to fight for the interim title, in a bout with O’Malley.

“Hey @danawhite since Denzel Sterling wants to work on his rap career (He can be called Lil Power) How about Me Vs Ronald MethDonald @SugaSeanMMA for an interim in Australia? I’m short so I’m used to being Down Under.”

This was the second time Cejudo has referred to O’Malley as “Ronald Methdonald“, but unfortunately for Cejudo it doesn’t seem to be sticking. Cejudo has been trying to get a fight for some time now as he has called out everyone from featherweight champion Alexander Volkanovski to Sean O’Malley. The former double champion has not had a fight since he defeated Dominick Cruz at UFC 249 back in 2020.

O’Malley is coming off his best win of his young career, as he was able to get a win split decision win over Petr Yan. Many considered Yan to be the most well rounded fighter in the division, but O’Malley was able to outstrip him and turn him into a panic wrestler at times. Dana White had said the prior to the bout between Yan and O’Malley, that it would determine who would be fighting for the bantamweight championship next, but he has not confirmed it since O’Malley won.

“I heard from someone close to Henry that he has $37 in the bank and he’s literally doing anything to try and book a fight and get some money,” O’Malley said to Ariel Helwani. “I don’t know Henry is like a co-main event dude, even if him and ‘Aljo’ go fight it’ll be a co-main event on some card. I feel like every time we talk about this guy, it’s like ‘is he actually coming back?’ ya know?”