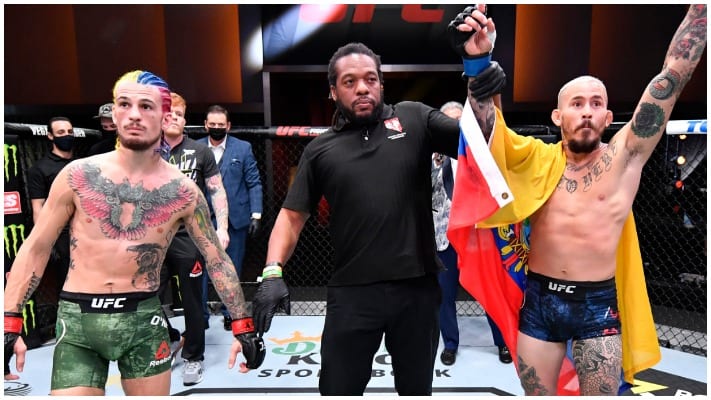 After an even first two rounds, Aldo was able to dominate the final stanza with his wrestling, riding the back of his opponent for the entire five minutes before being awarded 29/28 scorecards by all three judges.

The fight was Vera’s first since handing O’Malley the first loss of his career at UFC 252 back in August. For those that don’t remember, O’Malley ate a leg kick and never really recovered before Vera stopped him with ground strikes in the first round of their highly anticipated match-up.

Since then O’Malley has refused to accept defeat and even gone as far as declaring himself 12-0. Vera has attempted to distance himself from talks of a rematch with “cry baby” O’Malley.

So, it was no surprise when Vera suffered defeat O’Malley was ready to rub salt into the wounds of his former foe. ‘Suga’ took to Twitter to make a couple of posts in the aftermath of Vera’s decision loss – check them out below.

Do you want to see Sean O’Malley rematch Marlon Vera?