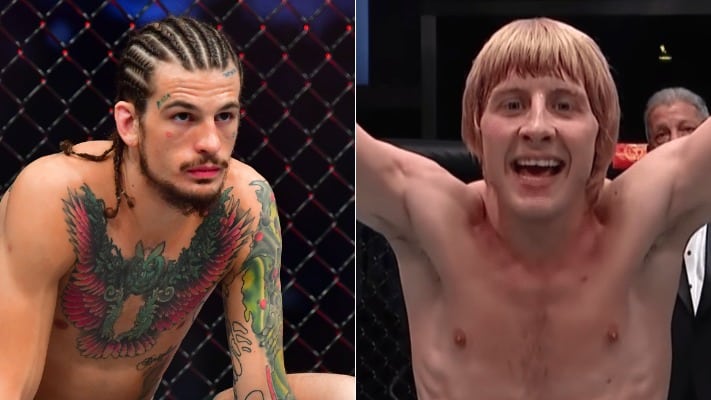 UFC bantamweight Sean O’Malley isn’t like the majority of fans who were in-awe watching Paddy Pimblett‘s knockout at UFC Vegas 36 and has clapped back at the lightweight after Pimblett criticized his fighting style.

O’Malley is coming off of his late TKO over Kris Moutinho at UFC 264, battering Moutinho over the course of three rounds of nonstop striking. He has won two straight fights since his first UFC loss against Marlon Vera at UFC 252.

O’Malley and Pimblett have been in a bit of a social media squabble after Pimblett took some shots at O’Malley’s grappling during a recent interview with MMA on Point. O’Malley recently addressed his comments during his recent podcast episode and seemed unaffected by Pimblett’s passive-aggressive trash talk.

But that appears to have changed after O’Malley spoke out about Pimblett’s first-round knockout over Luigi Vendramini at UFC Vegas 36 and doesn’t seem too appalled as most of us were by the performance.

“I wasn’t impressed by his skill set,” O’Malley said during a recent podcast episode. “I wasn’t like, ‘damn, this dude is fucking good’. He is definitely good, he is in the UFC, he belongs there, he beat a guy, but I don’t know. We’ll see. We’ll just have to see how it plays out.”

“I wonder how they bring him up. Do they do him similar to me? Let him fight cans for seven years, eight years, nine years, or they give him a top guy? I feel like top-10 guys beat him.”

There’s definitely a chance we could see O’Malley and Pimblett on the same UFC card sooner rather than later, or even as soon as by year’s end. Both fighters are awaiting their next opponents and O’Malley recently turned down a fight with Frankie Edgar at UFC 268.

It’ll be fascinating to watch how these two interact when Pimblett and O’Malley come face-to-face during a UFC event.

Do you agree with Sean O’Malley’s comments about Paddy Pimblett?