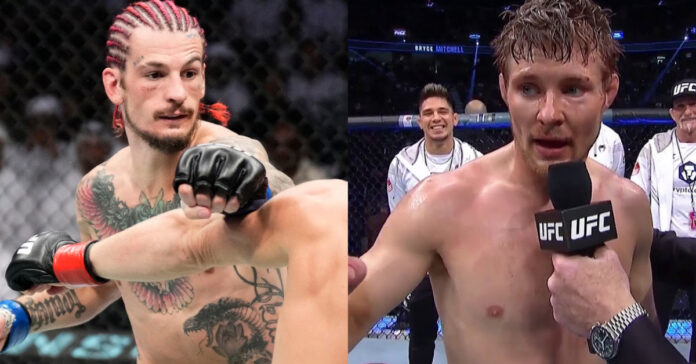 Sean O’Malley issued a fiery response to Bryce Mitchell claiming that he did not deserve the fight with Petr Yan.

This past Saturday, O’Malley took on his biggest test in former interim bantamweight champion Yan on the main card of UFC 280 at the Etihad Arena in Abu Dhabi, United Arab Emirates. ‘Suga’ Sean put in an impressive performance, contrary to the betting lines which had him as a big underdog, to edge out Yan in a razor-thin split decision win.

There were doubters after the result who argued Yan should have won the contest but UFC featherweight Mitchell believes O’Malley didn’t deserve the opportunity. Taking to his Instagram, Sean O’Malley played a snippet of Mitchell siding with Yan over him ahead of the showdown. ‘Thug Nasty’ can be heard criticizing O’Malley for getting the matchup before predicting Yan would beat him.

“I also have to pick Yan over O’Malley,” Mitchell said. “The reason being is because once again, O’Malley hasn’t even earned that spot. He’s used his mouth to get that fight. His YouTube followers ain’t going to help him once the cage doors get locked.”

O’Malley responded, “Your dad f***ed his sister to make you.”

O’Malley was satisfied with his performance

Following the win, ‘Suga’ Sean conducted a live stream on YouTube to give his take on the fight.

“Happy with how it played out as far as, landed big shots, ate some big shots. Every time I was orthodox, he was a southpaw, he’d throw this f***ing left body kick so sneaky and so fast. I know there’s levels to this game and I said going into the matchup, he’s the best version of that style. That little f***er proved it,” he added. “Quick kicks to the body, landed a couple of good punches, didn’t feel super strong on the takedowns, he had some good entries where he was pretty deep on the shots to where he had my legs.“