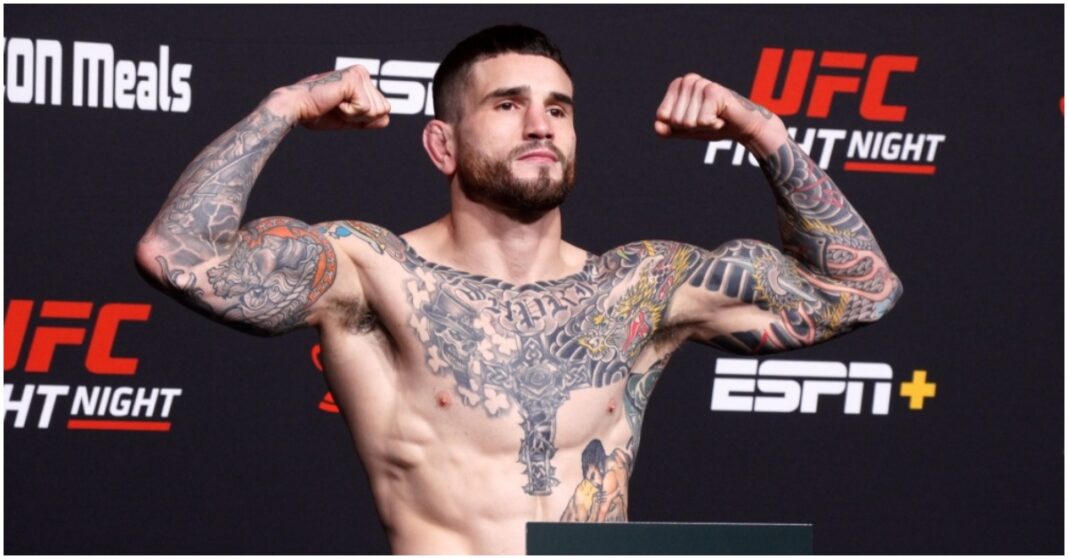 Brady extended his undefeated record to 15-0 in MMA and 5-0 in the UFC and is clearly ready for a step up in competition. While beating someone of Chiesa’s pedigree was certainly impressive and a breakout performance for the Philadelphia native, he was adamant that he’s only scratched the surface in regards to his ability in the octagon.

“I didn’t underestimate him coming in,” Brady told media post-fight at UFC Vegas 43. “I knew this was going to be a tough fight. Sometimes you get finishes, sometimes you don’t. … There’s just some guys who are dogs and they’re hard to get out of there.”

When asked in the post-fight presser who he had in mind for his next opponent, Brady named the winner of the UFC Vegas 45 main event between #9 Belal Muhammad and #5 Stephen Thompson on December 19th.

“I think the winner of Belal and ‘Wonderboy’ would be fun,” Brady said. “I don’t know what they’re both ranked, but I know they’re in the top 10. I know the rankings come out on Tuesday, I’m sure I’m going to land somewhere in the top 10. Then yeah, we can go from there.” (Transcribed by MMA Junkie)

This is a smart callout from the 28 year old contender. It would be a perfect stepping stone for someone like Brady, who can build himself up towards a world title fight if he can string together a few more wins and keep his undefeated record in tact.

Who do you want to see Sean Brady square off against in his next fight?