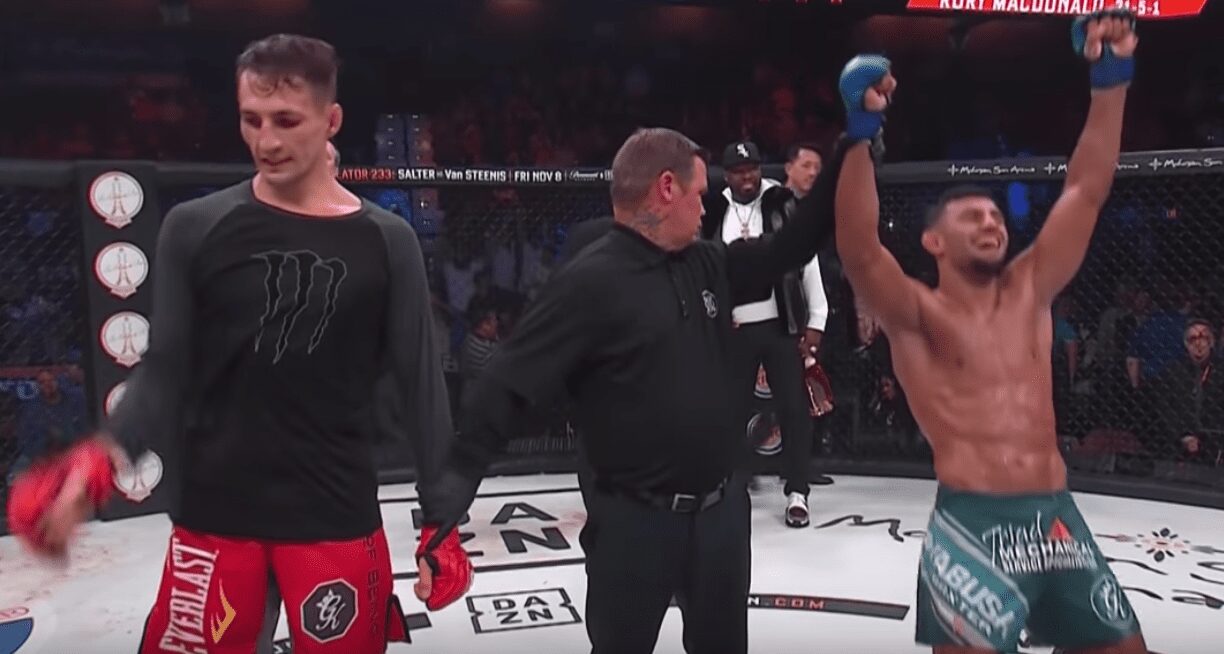 It appears that Rory MacDonald’s Bellator contract is not expired after all.

It was believed that MacDonald’s welterweight title fight with Douglas Lima at Bellator 232 on Saturday was the last of his deal. MacDonald would lose the fight — and his title as a result — via unanimous decision as well and claimed afterward that he would be open to a trilogy.

However, he would need to sort out his contract first.

“It’s very likely,” MacDonald said of a trilogy fight. “I mean we had two close fights. He won one, I won one. It’s kind of inevitable that we’ll probably fight again. … I wouldn’t say no. If they wanted to do it, they could do it.

“… First I’ve got to re-sign. My contract expired so we’ve got to deal with that situation but if they want to give me a title shot, sure.”

However, that’s not the case according to Bellator president Scott Coker who didn’t dive into much detail:

”Rory’s contract has not expired, and we have remaining rights,” Coker told MMA Fighting.

It is possible that like many contracts, MacDonald’s has a clause that allows Bellator to not only have the sole right to offer a new deal, but also match deals from other promoters once a typically 90-day period has passed.

Coker would certainly like to keep MacDonald but it ultimately depends on all parties:

”I think he’s a great fighter,” he added. “I think he’s probably the No. 2 welterweight in our roster, so yeah, we would love to. But we’ll see.”

Do you think MacDonald will stay at Bellator? Or do you think he will retire?