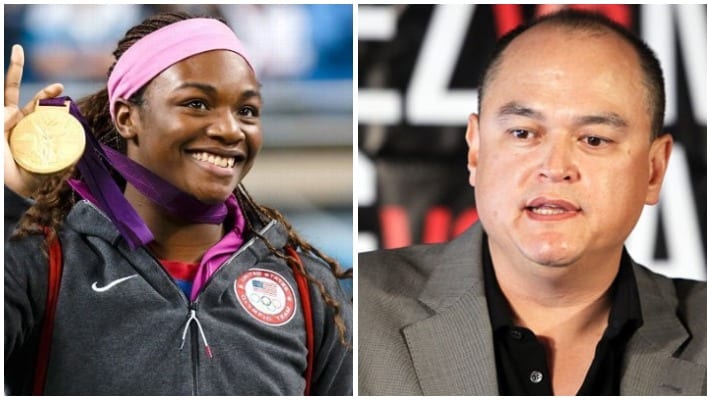 Shields recently came out this week and claimed she would enter the world of mixed martial arts as the boxing world didn’t deserve her. In addition, she has teased a career in the sport in the past.

Bellator is open to all sorts of talent and so, following Bellator 232 on Saturday, Coker was asked about the prospect of having the Olympian compete. While there are certain hurdles such as the weight class, he didn’t rule out the possibility:

“We don’t have a fight for her at 160 (pounds), because the top of our weight classes is 145,” Coker explained (via MMA Junkie). “But if she wants to come down, maybe we can have her compete. Or if some of the girls want to go up and fight, then maybe we could fight her.”

Even if there was no dedicated 160-pound weight class introduced in Bellator, Coker revealed there’s always the option of having Shields just compete in superfights.

“To me, it’s not our core business, fighting at 160 pounds,” he said. “But, just like with Keri (Melendez) and just like with Ava (Knight), if it makes sense and we (can) put her in some superfights, let’s do it. I’m not afraid to do that.”

It certainly wouldn’t be the first time a boxer has competed in mixed martial arts.

Do you want to see Shields compete in MMA?