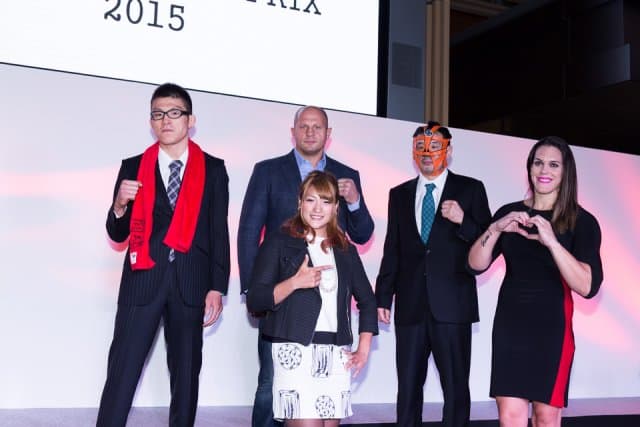 And according to a report from Sherdog, they were more than ambitious, as Sakakibara, accompanied by his former PRIDE personality Nobuhiko Takada, revealed plans to put on a three-day fighting extravaganza culminating in Fedor Emelianenko’s return to the ring. It was thought that Emelianenko’s opponent was also going to be unveiled at the conference, but the rumors that he is fighting K-1 kickboxer Jaideep Singh were not confirmed, at least for the time being.

Singh, who only has one MMA fight, is mainly known for his lengthy kickboxing career that has been winding down as of late, with a loss in each of the last three years. Singh also has not won a kickboxing match since 2011.

What was confirmed was the name of the promotions, which will officially be listed as Rizin Fighting World Grand Prix. Another fight announcement came in the form of former PRIDE champ and MMA legend Kazushi Sakuraba’s return against submission expert Shinya Aoki, a high-profile Japanese MMA bout.

Brazilian Jiu-jitsu champion Gabi Garcia was also confirmed for the event. Female kickboxing star Rena Kubota will also make her MMA debut, in addition to an eight-man heavyweight tournament that will begin on Dec. 29 and conclude on Dec. 31.

The long-revered rules of PRIDE will also return for the most part, with elbows, soccer kicks, and foot stomps to a downed opponent to potentially be allowed if the fighters so desired. Men’s fights will have the old time format of a ten-minute opening round and two five minute rounds, but women’s bouts will be the now-traditional three five minute rounds.

Sakakibara spoke of his desire to keep PRIDE alive after it was sold to Zuffa, LLC as he noted that he had failed in that task but wanted to bring that legendary Japanese fighting spirit and style back. It appears that he’s going to pull out all the stops to accomplish that goal, as the three-day event concluding on New Year’s Eve might feature as many as 30 fights with other rules other than just MMA and kickboxing.