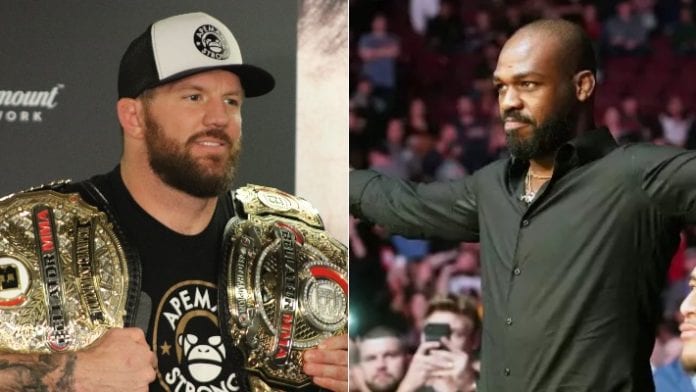 Bader, meanwhile, would depart the UFC for Bellator where he is the current light heavyweight and heavyweight champion.

When it comes to the greatest fighter of all time, he believes there’s no argument that it’s Jones. And having said that, he would love to get a rematch with him as he feels he has grown considerably as a fighter since their last meeting.

“Yeah. I don’t think you can argue that he’s not [the greatest fighter of all time],” Bader told TMZ. “… He’s undefeated. He’s beat everybody. That’s one fight I’d love to get back.

“It was 2011 when that happened. I’ve grown and changed so much since then. Physically, mentally. We’d love to be able to do some sort of cross-promotion deal.”

Given that the pair are in two different promotions who have never done business together, a bout seems unrealistic in all likelihood.

That’s not to say a fight with Jones constantly lingers in Bader’s mind — but if it was a possibility, he would certainly look to make it happen:

“It’s not sitting on the top of my mind but it’s one of the things where if the opportunity ever presented itself, you’re damn right,” he added.

Would you like to see a rematch between the two champions?