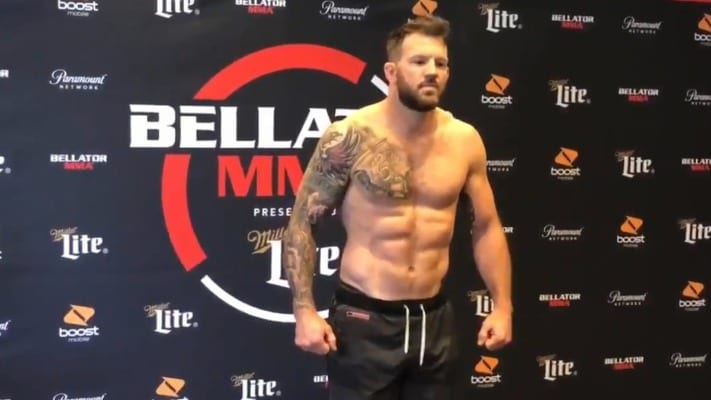 Ryan Bader knows the stakes are high for his light heavyweight title defense against Vadim Nemkov this Friday at Bellator 244.

Bader is dropping back down to 205-pounds for the first time since 2017 to battle the surging contender in Nemkov. It is a very intriguing matchup, and for Bader, he believes the winner is the best light heavyweight in the world.

With Daniel Cormier retiring and Jon Jones moving to heavyweight, Bader is confident another win here cements his case.

“Arguably, right now you can say the winner of this fight is one of the best light heavyweights right now that’s out there,” Bader told MMA Junkie. “DC retired and had a great career. He was always up there. Then, obviously, Jon Jones was one of the greatest of all time. I think that the whole division was in his shadow. Him moving up definitely opens it up.

“With my accomplishments, it’s not like I haven’t been there,” he added. “I was a top-five guy consistently in there. I’ve grown as a fighter since I came over here – tremendously. Yeah, you can argue the winner of this fight is the best light heavyweight right now.”

In his career, Ryan Bader does have notable wins over Ovince Saint Preux, Ilir Latifi, Rashad Evans, and Phil Davis at light heavyweight. Yet, one person he never got the chance to fight is Daniel Cormier. They were scheduled to fight in which ‘DC’ called ‘Darth’ the easiest fight in the division.

Years later, Bader still hopes that fight can happen as he believes he is a completely different fighter.

“You look at fights you wish you woulda, shoulda, coulda,” Bader said. “That was a big fight. I was in training camp for it, and he got pulled out to fight for the title. I’d like to have that fight now where I am in my career now – how I am mentally (and) physically rather than back then. I’m a totally different fighter, a complete fighter, so now would be the time.”

Do you agree with Ryan Bader?