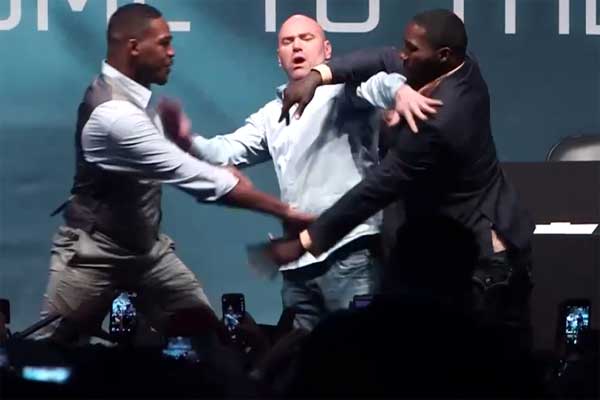 Anthony Johnson could still throw down with Jon Jones down the road.

Many fans were hoping that Johnson’s tumultuous knockout power would be enough for the former Blackzillian to get the job done against Cormier, setting up a fight that many MMA fans have been gunning for between ‘Rumble’ and ex-light heavyweight champ Jon Jones. The pair were initially set to meet in the main event of UFC 187 back in 2015, but Jones embroiled himself in some legal issues out-of-competition and Cormier stepped in to win the vacated title against Johnson.

During his post-fight press conference Johnson seemed pretty firm on his retirement claim but noted that if he did ever return to the UFC he could take on ‘Bones’ in a bout a heavyweight (quotes via MMA Fighting):

“But I feel I’m more, I don’t know if I want to say sad (or) disappointed, for the fans, because I know they really wanted to see it. Day in and day out, people were always talking about Jon Jones and myself fighting each other, and it just never happened. Maybe if I decide to come back one day, we can fight at heavyweight or something like that.”

Do you think we’ll ever get to see Johnson and Jones test themselves against one another inside the Octagon?