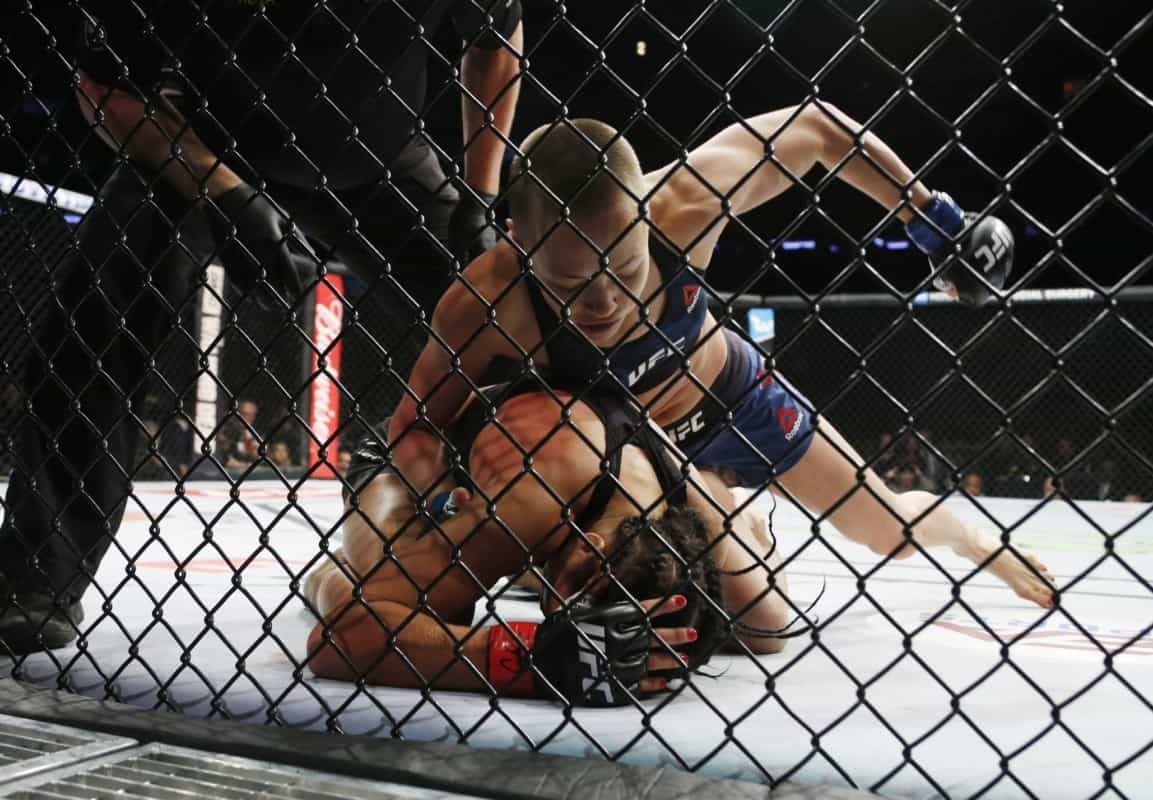 Following a one-sided, trash talk-filled buildup from formerly dominant champ Joanna Jedrzejczyk heading into the fight, Namajunas demolished the Polish striking master only 3:03 into the first round, dropping her with a massive left hook and follow-up ground shots until referee John McCarthy called the bout a KO victory for ‘Thug’ Rose. But it also appeared that Jedrzejczyk tapped due to the onslaught, something she later denied strongly.

As she was attempting to tie Ronda Rousey‘s record for most consecutive female title defenses at UFC 217, Jedrzejczyk wants an immediate rematch with Namajunas. The new titleholder doesn’t agree, however, stating on this week’s The MMA Hour that the win was so clear, so without controversy, that she couldn’t see how Jedrzejczyk deserved it right now:

“I don’t think so,” Namajunas said. “I don’t know how that could … anything is possible, right? A first-round knockout and she tapped due to strikes. Even though she was still stumbling afterwards, there was still some part of her that tapped. Not a fluke.”

As for whom her next opponent will be, Namajunas said she hasn’t really thought about it, but noted there was a division full of contenders. Instead, she was understandably still focused on unwinding from the biggest match of her life while enjoying her friends and family:

“I thought about the idea of the rest of the division and I wonder who’s gonna call me out and things like that,” Namajunas said. “But I haven’t really thought about who I want to fight yet, no. All I’ve been thinking about the next step — other than decompress, things like that and have a little fun and see the rest of my friends and family — is just making sure our team is tight and solid.”

So while it’s true Jedrzejczyk may have been and still be the most dominant competitor in women’s strawweight history, none of her fights ended in as brutal or shocking a fashion as Namajunas’ lopsided destruction of her did.

Perhaps “Joanna Champion” needs to work her way back up the ladder, where a title shot may await her after one or two more quality wins.

As for Namajunas, she’s going to let the elation of being champion sink in.

After all, she’s earned it.