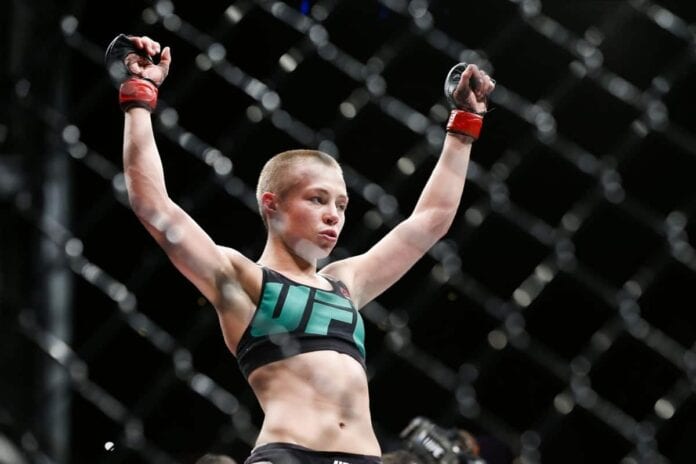 Joanna Jedrzejczyk has been stopped by Rose Namajunas.

Namajunas got countered with a one-two from Jedrzejczyk. A right hand landed for the challenger. Namajunas dropped Jedrzejczyk again and followed up with ground-and-pound to finish the fight. Namajunas has done it!

While Jedrzejczyk looked to tap due to stikes, the official result was a knockout.