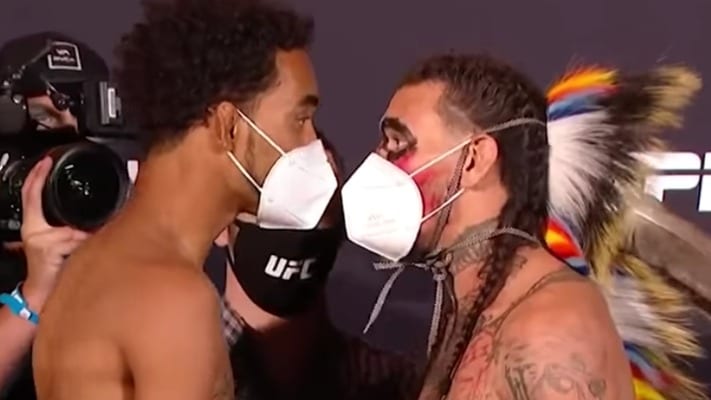 Next up on the UFC Vegas main card is a lightweight bout between Roosevelt Roberts and Brok Weaver.

Round 2: Roosevelt lands a big knee on Weaver. He attempts another but partially misses as Weaver looks to clinch him again to no avail. Weaver tries again and fails. Roberts lands the takedown soon after and is looking for the submission. He nearly locks in the rear naked choke but Weaver just about escapes only to receive a number of big shots. Roosevelt locks up the rear naked choke soon after to get the win.