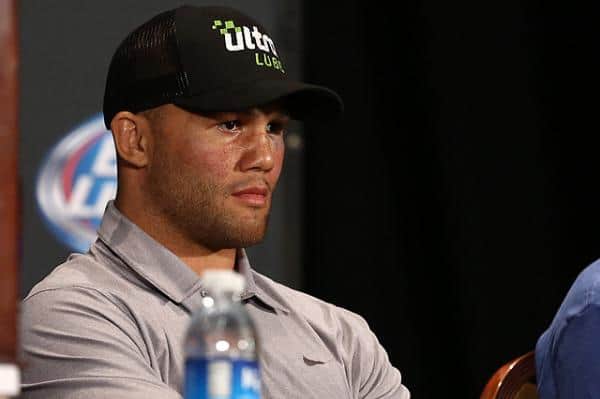 Robbie Lawler has proved time and time again that he’s extremely dangerous in the championship rounds of a fight.

Where many fighters wilt beyond the third, “Ruthless” comes to life when the bell sounds for the fourth.

That’s why Lawler’s performance in the latter rounds against Rafael dos Anjos was so disconcerting. Lawler limped around, planted his back to the cage and did his best to unleash his ruthlessness.

In a lengthy interview with Kevin Iole today, UFC president Dana White revealed (via MMA Fighting) what most viewers already assumed; that Lawler’s leg had been seriously busted up midway through the fight, the exact cause of which was a torn meniscus:

“The guy’s leg was destroyed. Okay? Blew his ACL and his meniscus and every other thing that’s in your knee out in like the third round. Wobbled over to the fence, laid against it, and asked dos Anjos to come in so that they could just bang it out. Robbie Lawler went to the fifth round.”

Both former champions went to war in the main event of UFC on FOX 26 last month. The former welterweight champion has had many five round fights in recent years, and rose to the occasion against such killers as Rory MacDonald and Carlos Condit. Lawler (28-12, 1 NC) will likely be out for most if not all of 2018.

”Ruthless” has only fought twice since losing his belt to current champ Tyron Woodley, taking a decision win over “Cowboy” Cerrone at last July’s UFC 214 before dropping the lopsided fight to RDA.

Lawler remains the fourth-ranked welterweight in the UFC following the loss to RDA, who is undefeated since moving to 170 pounds.