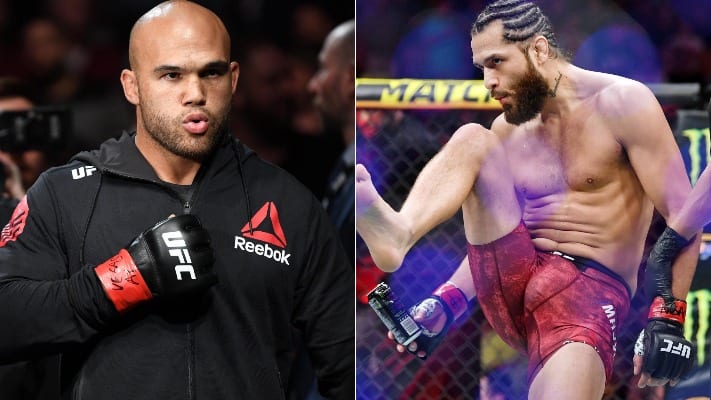 Jorge Masvidal took a lot of heat for his post-knockout celebration over Ben Askren. “Gamebred” recorded the fastest knockout in UFC history when he hit “Funky” with a flying knee to finish him in five seconds.

After the knockout, Masvidal yelled in an unconscious Askren’s face, and mimicked his body falling to the canvas. Masvidal also took criticism for hitting Askren in the face a few times before the referee stepped in, as Askren was clearly out cold before the punches were thrown.

“I know Askren runs his mouth and when you run your mouth, stuff like this happens,” Lawler said. “When someone is running their mouth, then you gotta fight. I’m an old school guy where I don’t think Masvidal did anything wrong.

“He was celebrating, he handled himself as a professional. If you don’t want somebody to dance on top of you, you don’t get beat up, you don’t run your mouth.”

Lawler will be facing another former training partner, Colby Covington, in the main event of UFC Newark this summer. Should he get past “Chaos,” Lawler and Masvidal could be matched up next.

What did you think of Masvidal’s post-knockout celebration over Askren? Did “Gamebred” go too far?