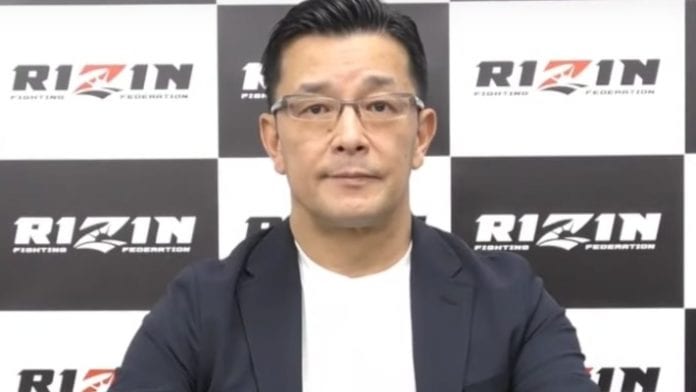 It has been a tough few months for RIZIN FF President Nobuyuki Sakakibara. The Japanese promotion last held an event in February, and despite online whispers, there has been no firm date as to when the company will resume holding events.

The uncertainty about RIZIN’s future led to Sakakibara posting a heartfelt message on social media. In it, he wrote about the company’s current situation, including its lost revenue of just over six and a half million USD.

“Anyway, I’m impatient now Cancel 3 tournaments according to national request Sales of 700 million yen flew I’ve come all the way up to the resumption of summer mega-events, but at present, it is difficult to have an event with a large audience The players are also in poverty and cannot live ……With this condition, you just sit and wait for death. What to do next?

Sakakibara’s tweet did not go unnoticed by a number of the promotions biggest names including the likes of Mikuru Asakura and Ayaka Hamasaki who all pledged their support for the company. Some of them, such as Makoto Shinryu, even went as far as stating they would compete for free if that is what it takes to get RIZIN back to where it was pre-COVID-19.

“If I can cooperate, I will fight without fight money!”

After being flooded with support, Sakakibara sent out a follow-up tweet , written with renewed spirits.

“I was impressed by the reaction from the athletes last night. In addition, I received warm words and advice from over 1000 people, and I could not sleep well last night. Thank you to RIZIN and other group players who love the future, the sea, Tenshin, and martial arts, and martial arts fans. I can’t stop here. Definitely.”

In what must be regarded as a good omen for RIZIN, Japanese wrestling promotion New Japan Pro Wrestling has begun staging live events with fans in attendance, albeit at reduced capacity.

Hopefully, it will not be too much longer before RIZIN follows suit and is back in business.

Are you looking forward to seeing RIZIN return?