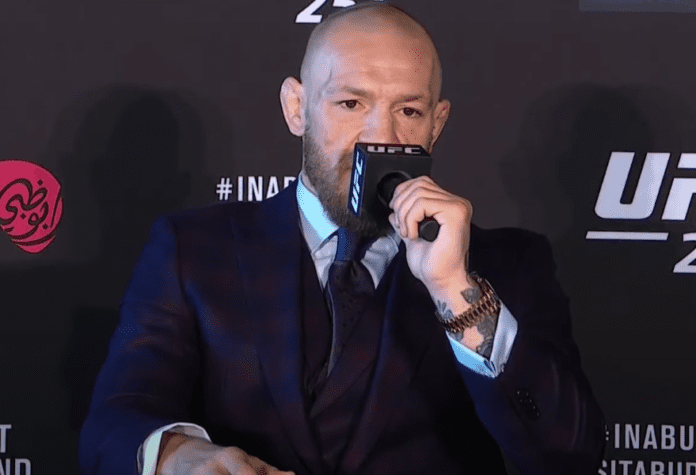 UFC 257 was a big success for the promotion and Conor McGregor played a big role.

The Irishman returned to action for the first time in just over a year as he faced Dustin Poirier in a rematch in the lightweight headliner last week.

Although it didn’t go McGregor’s way as he was knocked out in the second round, the event did extremely well with 1.6 million pay-per-view buys with 400,000 of those coming globally.

Dave Meltzer of the Wrestling Observer Newsletter recently touched on how big a number that was (via Bloody Elbow).

“That number would be a figure not including refunds, and while nobody knows the number, there were a significant number of people who asked for and got refunds. The ESPN+ number is legit. The international number is an estimate and an extremely generous one, but even at 1.5 million, the show was a huge success. Only the biggest boxing matches in history have ever topped it, and nothing but boxing and the one UFC fight in the history of PPV have ever even been in the ballpark.

“The U.S. PPV revenue would have been roughly $84 million, so ESPN’s $200 million purchase of the rights for the year looks like a steal now.”

Additionally, Meltzer adds that the UFC received a huge figure to have McGregor feature in Abu Dhabi as opposed to his usual Las Vegas appearances.

“An interesting question, given the nature of the revenue, is if ESPN is kicking any money into McGregor or if it’s all coming from UFC, since the windfall he’s bringing is going to ESPN,” Meltzer added. “UFC got a huge figure from the Abu Dhabi government for its three shows over eight days, largely based on bringing in McGregor.”

The UFC and ESPN are certainly benefiting massively but it begs the question — just how much is McGregor being underpaid considering how huge a draw he has been for the promotion in recent years.

What do you make of Abu Dhabi paying the UFC a huge figure for McGregor to appear?