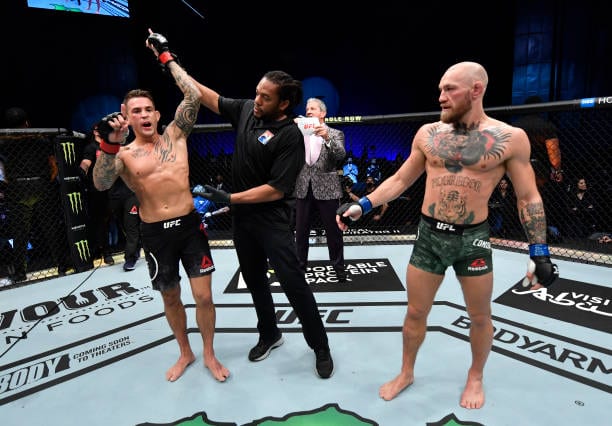 According to reports, Conor McGregor’s return to the octagon at UFC 257 was the second-most bought pay-per-view in company history with 1.6 million buys, putting it second to UFC 229 when Khabib Nurmagomedov defended his Lightweight title against Conor McGregor. John Ourand of SBJ reported the PPV numbers last night.

This success of the event comes at no surprise as UFC President Dana White, predicted before the event that the numbers for UFC 257 were looking good, “This thing is trending great,” White told reporters at today’s UFC 257 press conference. “Yeah, it’s good, it’s gonna be good. When was there a bad one since the pandemic started? There hasn’t been a bad pay-per-view, they’ve all been over-performing, so you can only imagine what this is gonna do.” (Transcribed by BJPenn.com)

In the post fight press conference, White said that he expected this pay-per-view to be top 2 of all time and he wasn’t wrong, “it was a good night. It was a really good night. Top two all time.”

This proves that McGregor is still the UFC’s biggest star and after UFC 257 he now holds 4 of the top 5 selling PPV’s off all time in the UFC with the fifth being UFC 100 which was headlined by Lesnar vs Mir 2.

Did you think Dustin Poirier vs. Conor McGregor II would be so succesful?