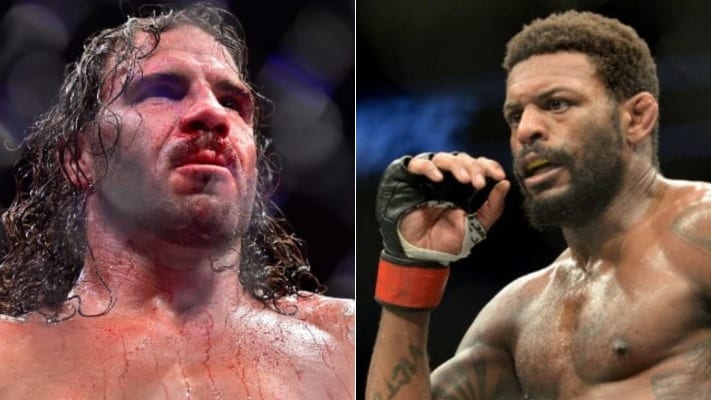 That’s according to MMA Junkie who reports that the pair — both of whom have competed at featherweight previously — will compete on the UFC’s upcoming February 6 card. There is no official location, venue or broadcast plans for the event as of now.

Johnson is currently experiencing another slump as he is on the second three-fight losing streak of his career. Despite a promising start, he was submitted by Thiago Moises in their May meeting earlier this year. That followed losses to Stevie Ray and Josh Emmett last year.

Guida is also on a losing streak after getting submitted by Jim Miller in August last year before suffering a unanimous decision defeat to Bobby Green in June.

Another defeat for either competitor could see them getting cut by the promotion.

The February 6 card is currently set to be headlined by a heavyweight matchup between Alistair Overeem and Alexander Volkov.

What do you think of the fight and the card as a whole?