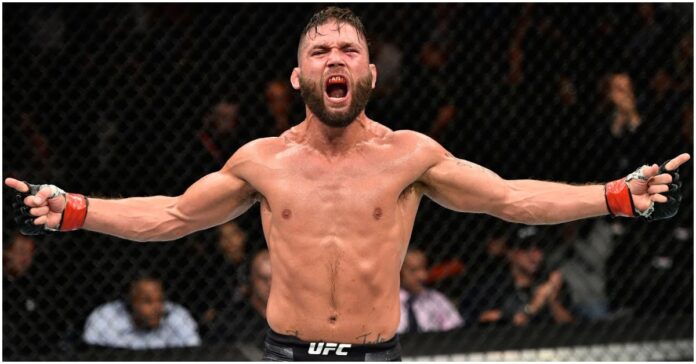 Jeremy Stephens won’t be a free agent for long as he is set to sign a deal with the Professional Fighters League (PFL) after parting ways with the UFC.

MMA reporter Ariel Helwani announced that Stephens will sign with PFL and compete in their 2022 lightweight tournament.

“Jeremy Stephens is no longer in the UFC after 34 fights,” Helwani wrote on Substack. “I’m told he is close to finalizing a deal with PFL to fight in their 155-pound division this upcoming season.

MMA Fighting reporters, Guilherme Cruz and Damon Martin first reported the news of Stephens’ departure from the MMA leader after finishing out his latest contract back in July.

‘Lil Heathen’ was on a poor run of for and was winless in his last six fights with the promotion. Stephens suffered four high-profile defeats to featherweight fighters Jose Aldo, Zabit Magomedsharipov, Yair Rodriguez and Calvin Kattar before announcing his move to lightweight for the last fight on his UFC deal. The 35-year-old squared off against Mateusz Gamrot and suffered the quickest defeat of his MMA career via submission which came in just over one minute.

Do you think Jeremy Stephens will get back to winning ways in PFL?