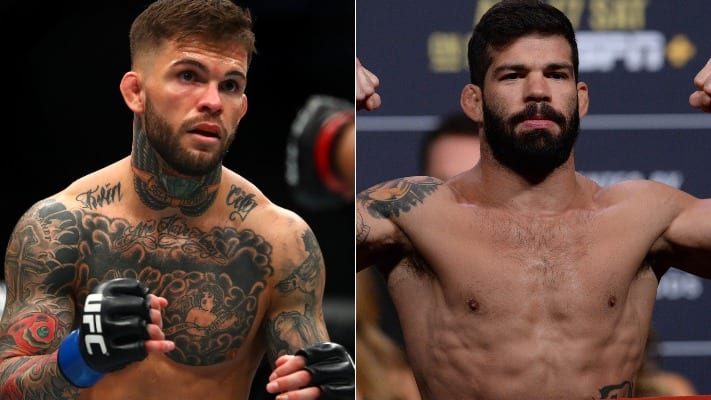 Garbrandt has not fought since picking up a third straight knockout loss to Pedro Muhnoz at UFC 235 in March 2019.

According to MMA Fighting he will finally get back to fighting on June 6, the report reads.

“Former 135-pound champion Cody Garbrandt is expected to get back in action against Raphael Assuncao in a bantamweight showdown currently targeted for a UFC card on June 6.

“Multiple sources confirmed the news to MMA Fighting on Saturday with verbal agreements in place for the fight. The June 6 date is tentative for now as the UFC continues to build out its schedule in the wake of the coronavirus pandemic forcing the promotion to postpone or cancel several shows.”

Garbrandt and Assuncao were supposed to fight UFC Columbus on March 28, however the former champion was forced to withdraw from the bout due to an issue with his kidneys.

‘No Love’ willing be looking to earn a last win at 135lbs on June 6 before moving down to flyweight. Garbrandt previously announced his intentions to change weight classes, he said.

“First, we’re focused on Raphael, and that’s still the fight to make and the fight next. Then go down and really save the flyweight division.”

Assuncao will also be desperate to get the win after suffering back-to-back losses against Cory Sandhagen and Marlon Moraes.

So far, the UFC have revealed plans to host three shows in Jacksonville, Florida on May 8, May 13 and May 16. Beyond those events no further schedule has been released although Dana White has previously said he’ll be churning out cards every week to bring his schedule back into line.

Will Cody Garbrandt get back to winning ways on June 6?