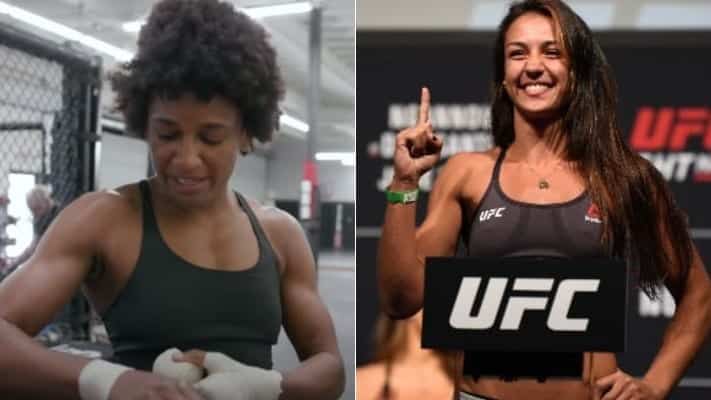 Amanda Ribas will look to return to the win column against Angela Hill.

As per MMA Fighting, the Brazilian will clash with Hill in the UFC’s upcoming May 8 event. Contracts haven’t been signed, but both sides have said to have verbally agreed to the bout.

Ribas is coming off a second-round knockout defeat to fellow Brazilian Marina Rodriguez in January. It was her first setback in the UFC which snapped a four-fight winning streak.

Hill, meanwhile, will be looking to kickstart her own winning streak. After winning three in a row, Hill dropped two split decisions against Claudia Gadelha and Michelle Waterson in 2020.

She has since bounced back with a unanimous decision win over Ashley Yoder last month and will have another quick layoff as she has been accustomed to doing when she collides with Ribas.

The UFC’s May 8 event is a Fight Night which will be headlined by the highly-anticipated return of TJ Dillashaw who battles top-ranked bantamweight contender Cory Sandhagen.