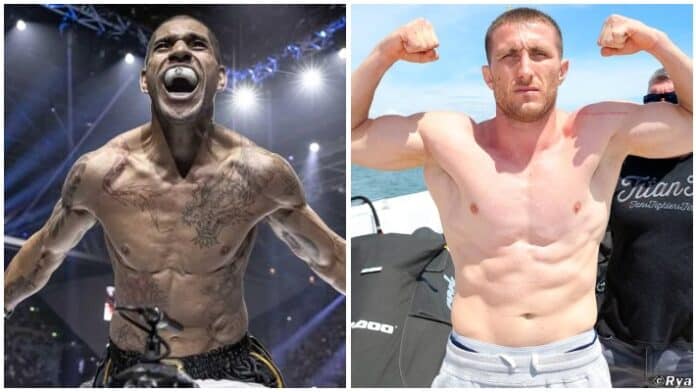 According to a report from BJPENN.com, both sides have verbally agreed to the bout, and expect the contracts to be signed in the coming days for Pereira and Andreas Michailidis to compete in a middleweight bout.

On Thursday, news of Pereira’s UFC signing was first reported by De Telegraaf and later confirmed by MMA Fighting. While Pereira is a highly accomplished kickboxer with multiple world championships, some will argue his most impressive victories have come against current UFC Middleweight king Israel Adesanya, where Pereira has KO’d and won by Unanimous Decision in his two bouts against Adesanya.

Pereira is 3-1 in MMA with his most recent bout being a KO win at an LFA event in November 2020.

Michailidis is 13-4 in MMA and is 1-1 since joining the UFC. Last time out he picked up a unanimous decision win against KB Bhullar.

This will be a highly anticipated debut on the UFC 268 Prelims. Only time will tell if Pereira will be able to reach the ranks of the top middleweights in the world one day.

Do you think Alex Pereira will enjoy a winning UFC debut on November 6?