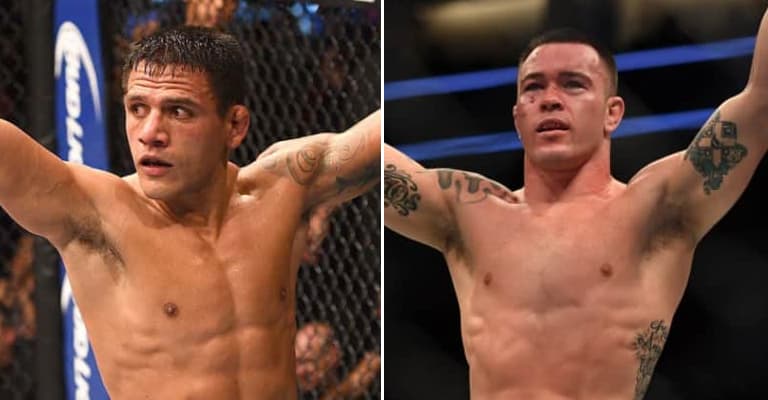 Controversial UFC welterweight Colby Covington has been looking for a fight, and former lightweight champion-turned-welterweight contender Rafael Dos Anjos has answered the call.

Dos Anjos says he has signed the contract for a fight with Covington at UFC 224, but Covington himself has yet to sign the dotted line:

“I was told Woodley was only able to fight at the end of the year, I can’t wait that long. I have kids, I need to keep going with my career and Colby Covington is the next guy in line. I have the contract signed on my side, we are just waiting on him.”

Maybe the reason Covington hasn’t signed on to fight the Brazilian at UFC 224 is because the event will be held in Brazil, a country that has been the object of Covington’s ire in many an interview. The two are supposed to square off on Friday during a press conference leading into Saturday’s UFC 223 in Brooklyn.

However, that’s all changed. Shortly after dos Anjos said he was still waiting to meet Covington for the interim belt, news arrived from MMA Fighting that the fight was official.

The winner will take on champion Tyron Woodley after UFC 224 takes place on May 12 in Rio de Janeiro.