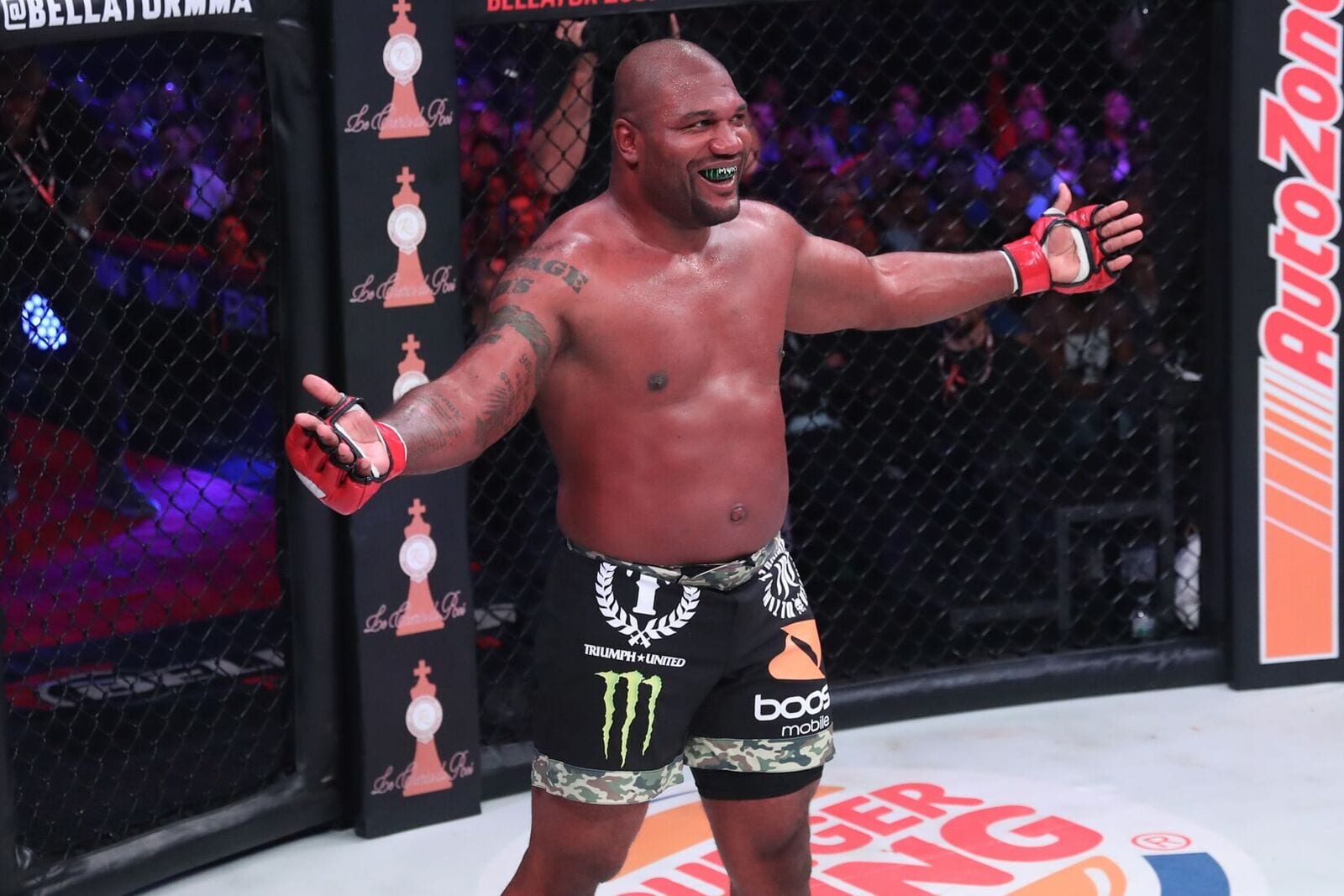 Quinton ‘Rampage’ Jackson tipped the scale at a career high 265lbs when he fought Fedor Emelianenko last month. The pair headlined on Bellator Japan, in a fight ‘Rampage’ called “a special moment” for MMA. It was anything but. The former UFC champion looked out of shape, slow and ultimately paid the price. Emelianenko knocked out his opponent in emphatic fashion in the first round of the fight. In an Instagram post ‘Rampage’ vowed to lose weight for his next fight and encouraged fans to join him and document their weight loss journey.

“Much love to my team and family and sponsors, Defeat is a hard pill to swallow… but it’s part of the job. Hate letting my people and fans down, Maybe this won’t be my last loss but it will be the last time i defeat myself. I’m gonna Document my weight loss Journey, if you feel uncomfortable with your weight do it with me. Tag me in your posts of you working out and eating clean. Love you all.”

After suffering his first knockout loss in 14 years ‘Rampage’ admitted to feeling like a “hippopotamus”. He also acknowledged the need to trim down.

“Sorry guys, we didn’t get the outcome that we wanted. But you know what, I knew one of was going to get knocked out, but I didn’t know it was going to be f*cking me. But you know what, I ain’t mad though, you win some, you lose some. But you get paid for all, y’all remember that. It’s all good, it’s all good. I’m not in a bad mood, I just know what I gotta do, I gotta get my damn weight down. I felt like a hippopotamus out there, but that’s my fault. No excuses.” (Transcribed by BJPenn.com)

Like many ‘Rampage’ is vowing to lose in weight the new year. He’ll look to shift 60lbs to make light-heavyweight again the division where he enjoyed his peak years. And it appears he wants to bring MMA fans along on the ride. All credit to him.

Can Quinton ‘Rampage’ Jackson get back down to light-heavyweight?