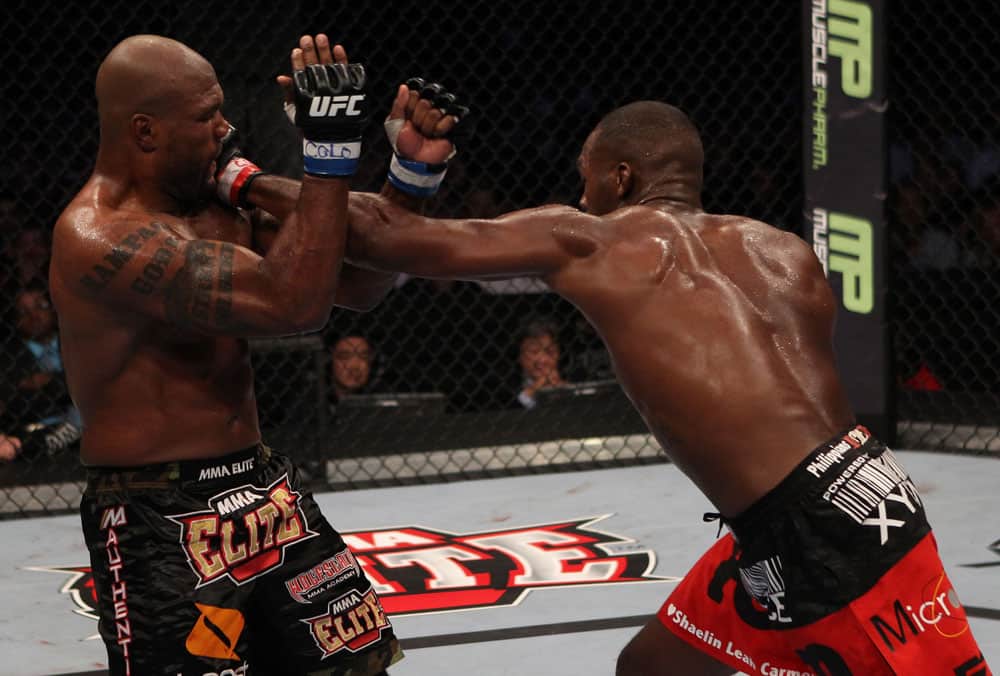 Former UFC light heavyweight champion Quinton “Rampage” Jackson has opened up on his arch rival’s latest failed drug test. Jon Jones is facing a potential four-year ban from MMA after he failed a pre-fight drug test for his championship bout against Daniel Cormier at UFC 214 in July.

He tested for the banned substance Turinabol. To say the least, it’s not a good look for the legacy of the former UFC light heavyweight champion, who previously served a lengthy suspension for failing a drug test prior to UFC 200.

Jackson recently spoke with Ariel Helwani on The MMA Hour, and during the interview, “Rampage” stated that it’s a black eye for the sport due to people seeing MMA fighters as a bunch of “steroid freaks.”

“Jon Jones put that light on every MMA fighter, that we all do that shit. It’s bad for the sport, and it makes everybody else look bad because people think that we are steroid freaks,” said “Rampage” on a recent appearance on The MMA Hour. “I don’t know the shit that’s going on with Jones or if he passed or failed that shit, but it’s bad.”

“Listen, I’ve told you guys before, and I hate to say it because me and Jon Jones have hung out when we was doing Fit Expo for Monster. We bonded a little but and I don’t want to say anything bad about Jon Jones, but I have to keep it real,” added Jackson.

“I’ve said it before that Jon Jones was bad for the sport because how I thought he did dirty tactics and stuff like that. One thing about me is that I am totally against drugs. I am against fighters being able to use steroids. Fighters like that make a lot of other fighters look bad.”

Jackson claims that he has often been accused of using steroids throughout his MMA career to the point where UFC President Dana White once gave him a surprise drug test due to the fact that he thought that Jackson was fighting with the help of PEDs.

“I find myself defending myself on Instagram because people assume that I have taken steroids before, and I know there are ignorant people that don’t know what steroids people look like, but to me it’s a slap in the face because I have worked hard my whole life,” added Jackson.

“Any fighter that has to take steroids, and our body produces testosterone naturally, but if you have to take steroids to be a fighter, to get in and fight another man, then you are really not a fighter, that’s how I feel. I have never failed a steroid piss test. Dana White thought I was on steroids when I fought Forrest Griffin. He came in and said, ‘Rampage, after you fight you get big you blow up, gain a lot of weight. That’s a trait of someone being on steroids.’ But people don’t know my body,” explained Quinton.

Jackson built his name in the sport while fighting in Japan for PRIDE Fighting Championship. It’s well known that there were fighters consuming steroids in that organization due to its lack of a strong athletic commission. Despite that, Jackson made it known that he never once dabbled with steroids during that era.

“Even in PRIDE when people took steroids, I never took it. I was young in PRIDE. I was 23, 24, and no one that age should even be thinking about steroids. I didn’t know Wanderlei was on steroids when I fought him. I didn’t know who was. So Dana surprised test me, and I passed the surprise test,” he concluded.