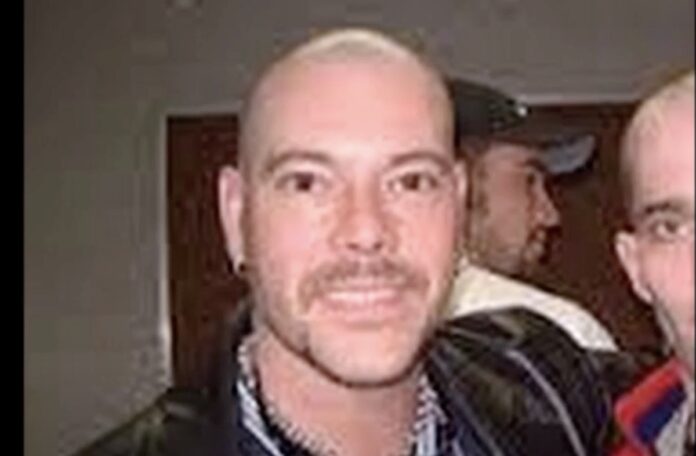 In the history of MMA and Jiu Jitsu, there have been numerous fake black belts and martial artists. By far the most notorious stories of these fake martial artists is Rafiel Torre.

We’ll go through how Rafiel Torre kept his lie going for years before people found out the truth. Then we’ll go over how the Rafiel Torre took a dark turn and how he became a convicted murderer.

In the mid 1990s, the MMA scene was still growing and very much still a niche thing. There weren’t many MMA journalists around, but one of the earliest and most popular ones was Rafiel Torre.

Rafiel covered nearly every single small MMA show on the west coast. From the beginning of King of the Cage to Tachi Palace Fight, and illegal fights on Indian reservations.

Pretty soon, Torre was starting to get the recognition of being one of the best MMA journalists at the time. He had his own website and would post blogs and interviews on other sites like MMA Underground.

Nobody put out material like Torre as he had blogs and interviews about nearly every single MMA event in the world. A lot of the fighters also enjoyed doing his interviews and appreciated the exposure they would get from doing them.

Torre would start to get interviews with some of the top fighters in the world and even become friendly with them.  Interviewing everyone from Ken Shamrock, Royce Gracie, Tito Ortiz, and Mark Kerr.

Although as time went on, many realized that Rafiel Torre wasn’t who he seemed to be.

After Rafiel made a place for himself in the early MMA world, he started to tell people different stories. Ranging from crazy, unbelievable, and wildly implausible.

His stories ranged from being a Karate master, BJJ black belt that was half Brazilian and ex Navy Seal. Also claiming to hold an undefeated record of 14-0.

A lot of the people in MMA liked Torre and sort of took his word for it at first. They had no reason to believe that he was lying and most believed him.

Soon after Rafiel Torre built up his name in MMA, the lies he created soon came back to haunt him. There were two specific events that destroyed the mystique he had built around himself.

Rafiel Torre gets submitted at ADCC

At one of the MMA events he was covering, Torre would meet Sheik Tanhoun Bin Zayed Al Nahyan. The founder of ADCC, the most prestigious No-Gi grappling event in the world.

Torre told Al Nahyan that he was a BJJ black belt and had won a lot of underground competitions. This intrigued Al Nahyan and would lead him to invite Rafiel Torre to compete at the ADCC tournament in 1998.

At the tournament, many watched the match and quickly realized that Torre had been lying to them. He faced Rickson Gracie black belt Bo Hershberger, who submitted Torre in under a minute.

Making him look like he had never grappled a day in his life. The word started to circulate that Torre was lying about his martial arts background.

Rafiel Torre comes out of “retirement”

To try and regain his credibility, Torre announced that he was coming out of retirement in 2001. He was going to face a former student Ioka “Big Joe” Tianuu at King of the Cage 7. The two had an apparent blood feud, which Torre also made up to try and sell more tickets.

This wasn’t the only circus attraction at the event, which was dubbed KOTC: Wet and Wild. This event was held outside during a thunderstorm, where the fighters were slipping and sliding on the mat.

When it was time for Torre’s fight, there was obviously something sketchy going on with the match. The two fighters were obviously not really hitting each other and the techniques were quite amateur level.

This fight ended after Tianuu let Torre reverse him lock in a very sloppy kneebar that he quickly tapped to.

Everyone watching the match knew that they had just watched a fixed fight and they would soon be proven right. Rafiel had paid off Tianuu to take a dive and let him win the fight.

The web of lies had finally caught up to Rafiel Torre. After the fiasco at KOTC 7, nobody would ever believe him again. He was basically banished from MMA and never allowed to come near an event ever again.

After being banished from MMA, the Rafiel Torre story seemed to be just about over. But then it would take a darker turn.

In 2005, Ralph Bartel(Rafiel Torre) was convicted of murdering Bryan Richards. The idea for the muder was set up by Richards’ wife, who was Rafiel Torre’s girlfriend.

His girlfriend wanted to kill her husband, so she could collect the insurance money, so they could go away. Torre agreed, but didn’t want to be the one to murder Richards.

He would reach out to former UFC fighter Gerald Strebendt, who he offered $10k to do the job. Strebendt refused.

So with no one to do the job, Torre would do it himself. Rafiel would lure Bryan Richards into a gym he owned and strangled him to death with an RNC.

After comitting the murder, Torre would call Strebendt again to help him come up with an alibi. Strebendt would once again refuse to help Torre.

Gerald would then go to the police nearly a year later and tell detectives the story. Torre was immediately arrested and put on trial.

Ralph (Rafiel Torre) Bartel was convicted of the murder and sentenced to life without the ability of parole.

The Assorted lies of Rafiel Torre

There’s no telling just how many lies Rafiel Torre told people to boost his ego. But here are some of the most notable lies that Torre has told over the years.

The first big lie that Rafiel Torre told people was his name. His name was not Rafiel Torre, but in fact  was really Ralph Bartel.

Another lie that Torre told people was that he was half Brazilian. There is no Brazilian blood in his veins as both of his parents were white Americans, who raised him in California.

He also spelled Rafiel wrong as the normal spelling of the name for Brazilians is Rafael.

Rafiel claimed that he was a Karate master that had trained in the martial art his whole life. Having said to have won every tournament he ever entered, which included many underground events.

Torre claimed that he was an ex Navy Seal that went on numerous secret missions and allegedly killed people. There are no records of a Rafiel Torre or Ralph Bartel ever being enlisted in any branch of the US military.

Rafiel claimed that he was 14-0 in early MMA. There was no documentation or video to back up this fighting record.

Joe Rogan brought up on one of his podcasts the story of Rafiel Torre entering an underground kumite. He had allegedly made a friend drop him off in the woods with just a duffle bag.

Torre told his friend to come back in a few days and pick him up. The friend then came back and Torre was in the same place with a giant trophy that he said he won.

10th Planet Jiu Jitsu founder Eddie Bravo was actually very friendly with Rafiel Torre in the early days. That was until he invited Rafiel Torre to come train with him.

Torre told Bravo that he was a BJJ black belt and had some skill. When he went to train at the 10th Planet HQ, Eddie found out that this was not the case.

Eddie said that Rafiel had less experience than a white belt. He would get put in positions, have no idea what to do, and tap out to pressure.

After Torre left his gym, Bravo was perplexed at what he had just seen. This led him to call Rafiel Torre and confront him about the legitimacy of his black belt.

Bravo could clearly tell he was lying and immediately cut ties with Rafiel and banned him from his gym. He would not hear from Rafiel Torre again until after the murder and was asked to come testify at the trial.

Underoath, Eddie Bravo told the prosecution that Torre was a known liar and con artist.

Even Joe Rogan was approached by the police during the murder investigation. They had tapped a phone of one of Eddie Bravo’s students, who knew Rafiel Torre.

Joe asked him about Torre and the police immediately called Joe to ask him questions about Rafiel. He said he only knew that he was a fake black belt and that was it.

When people first hear the Rafiel Torre story, they wonder how such blatant lies could go unchecked? Torre was able to get away with his lies for years due to the era he was in.

This was the early days of the internet, when fact checking wasn’t really a thing. Many just assumed he was telling the truth until it became obvious that he wasn’t.