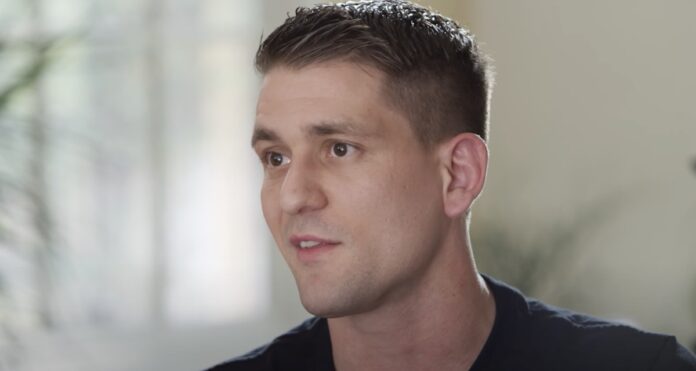 Rafael Mendes is one of the greatest BJJ athletes that has ever competed. He along with his brother Guilherme dominated the sport for nearly a decade.

Here is the complete story of Rafael Mendes. Detailing how he became one of the world’s best grapplers and later opened the world class AoJ academy.

Rafael Mendes grew up in Rio Clara within the Brazilian state of Sao Paulo. He and his brother Guilherme first started learning Jiu Jitsu after an invitation from their cousin Thiago Mendes.

Thiago was a purple belt and would show his cousins techniques that he learned in class and realized they were talented. This would lead Thiago to take the Mendes brothers to his academy that was run by Leonardo Santos and Ramon Lemos.

Gui and Rafa were only thirteen at the time, but picked up the techniques very quickly. Developing the skills of practitioners twice their age within their first year of training.

Ramon Lemos would take the Mendes brothers under his wing. Not only teaching them everything he knew about BJJ, but also became a father figure.

From the time that Rafael Mendes began to formally train, he found success in Jiu Jitsu competition. Winning just about every competition that he and his brother entered.

By the time Rafa became a blue belt, he would travel to the US to compete at worlds. There, he would win his very first world title and when he turned seventeen, Lemos promoted him to purple belt.

By this time, Rafa had been training and competing for four years. Training exclusively in the Gi.

That was until Lemos entered Rafael into the ADCC Brazilian trials as a purple belt. Even though he had never trained No-Gi, Mendes would do very well.

Making it all the way to the finals before losing a close match. This experience made him realize that he needed to train in both Gi and No-Gi.

He would continue to train and add two more world titles to his resume at purple belt and brown belt.

Before Rafa turned twenty and won multiple world titles, he and his brother would be promoted to black belt. At the time, he was one of the hottest prospects in Jiu Jitsu and people expected big things from him.

Mendes would meet just about everyone’s expectations having a stellar year as a rookie black belt competitor. His first big test would be at the 2009 World Pro event.

There, Rafa would be some of the top athletes like Rubens “Cobrinha” Charls, Renato Tavares, and Robson Moura.

Two years after his first attempt to qualify for ADCC, Mendes would win passage to the 2009 ADCC tournament. At just twenty, he was one of the youngest competitors to ever compete at the event.

Rafael would show that his No-Gi game had become just as effective as his Gi game. Beating three of his four opponents by submission and by points in the finals to win his first ADCC title.

He almost won the IBJJF Worlds that year, but Cobrinha would avenge his ADCC loss to Mendes in the finals.

Rafael Mendes and the Creation of Atos Jiu Jitsu

During his year as a black belt, Mendes’ coach and mentor Ramon Lemos became close with Andre Galvao. The two began to discuss a possible business relationship to start a new Jiu Jitsu team.

Their collaboration would result in the creation of Atos Jiu Jitsu, which would become one of the biggest affiliations in BJJ. Rafa and his brother Gui being Lemos’ students would also become part of the Atos team.

They along with Galvao himself would be the most talented athletes of the new affiliation. Helping establish Atos and later making it one of the best Jiu Jitsu affiliations in the world.

Aside from becoming part of a new Jiu Jitsu affiliation, not much else changed for the Mendes brothers. Gui and Rafa continued to dominate the BJJ world for years to come.

In 2010, Rafael would be on a mission to win his first world title at black belt. He would make his bid that year to become a triple crown champion.

First winning the European title and Brasileiro before competing at Worlds. This year, Rafa would not be denied.

He would go on to win his first world title at black belt at 70 kg.

Mendes would continue to add to his legacy for the next six years. In 2011, Rafael Mendes would be arguably the best grappler in all of Jiu Jitsu.

That year, Rafa would win another world title in dominant fashion. He would then follow up that win by winning his second ADCC title. Becoming one of the few grapplers to ever repeat as champion.

2012 would be another successful year for Rafael as he won his third world title along with a Pan title.

Then in 2013, he barely missed becoming an ADCC triple crown champion. Losing to his rival Cobrinha Charles in the finals. He would also suffer a rare loss at that year’s World Championship tournament.

This loss motivated Rafael Mendes as he came back in 2014 and submitted every single one of his opponents. He would nearly accomplish this feat again in 2015, winning his fifth world title.

Then in 2016, Rafael would end a stellar career by capturing his sixth and final world title.

During the prime of Rafa’s career and the early days of Atos, he and Guilherme were already making future plans. The brothers wanted to open their own academy and build their own team.

In 2012, Gui and Rafa were approached with a business proposal from RVCA founder and black belt, PM Tenore. The three had a similar vision for what they wanted in a BJJ academy.

Wanting to create a positive and unique atmosphere where they could grow the world’s best Jiu Jitsu team. After laying the groundwork and looking for a location, the three settled on a spot in Costa Mesa, California.

They would call their new academy the Art of Jiu Jitsu Academy of AoJ for short. This academy isn’t like your normal Jiu Jitsu academy.

Tenore being a clothes designer added more flare to the academy by blending with an arthouse style. The entire academy is white from the walls, floors, and mats.

Students are also only allowed to wear white Gis while training at the academy. At an early age, Rafael and Guilherme had already accomplished everything in the Jiu Jitsu world.

The Atos Affiliation and Split

Even though the Mendes brothers established AoJ in 2012, they were still affiliated with Atos. This affiliation would continue for years to come.

Most of the BJJ world already assumed that the two were no longer working together, but the announcement proved suspicions. Both sides were respectful during the split with neither side saying anything bad publicly about the other.

Now, AoJ has gone from an academy to a full-fledged Jiu Jitsu affiliation since the split.

After Rafael and Guilherme retired from competition, their sole focus has been on teaching Jiu Jitsu. They have spent years developing one of the youngest and technically gifted teams in the world.

AoJ has numerous young and talented members on their team that are destined to become future world champions. Just like their coaches, Rafael and Guilherme.

Some of the most notable members of the AoJ team are Taian Dalpra, Jonathan Alves, and Cole Abate.

Rafael Mendes is one of the most innovative and influential BJJ practitioners of the last decade. He and his brother Guilherme are responsible for bringing in a new era of Jiu Jitsu.

A position that had gone unused and written off in Jiu Jitsu for decades before. Now thanks to Rafael and his brother, the 50/50 position has become a position with numerous attack options.

You can find the Mendes brothers demonstrating these techniques with numerous videos on Youtube. They have also released countless instructional videos that you can easily find.

The Legacy of Rafael Mendes

It is an unarguable fact that Rafael Mendes is one of the greatest Jiu Jitsu practitioners that has ever lived. He and Guilherme have won a combined 10 world titles and 2 ADCC titles.

Now, they have gone from world class BJJ athletes to world class coaches. Rafael and his brother have accomplished all of this while still only being in their early thirties. Both the Mendes brothers are truly all-time greats.